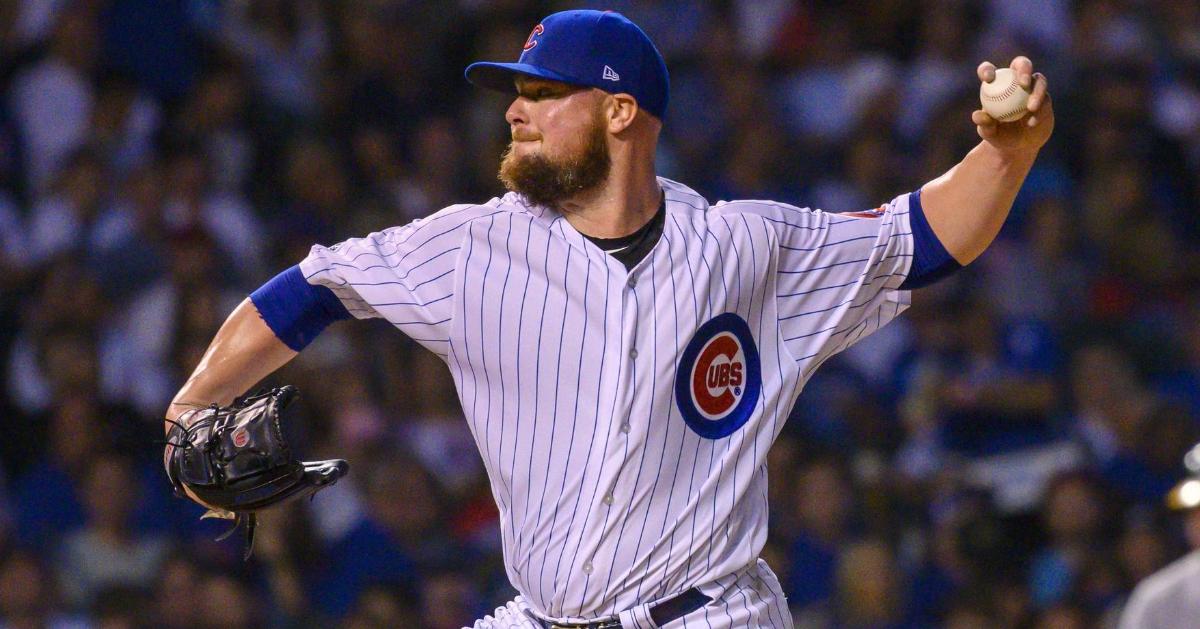 CHICAGO — One bad inning spoiled the whole game for the Chicago Cubs (61-52) on Tuesday night, as Cubs starter Jon Lester gave up eight runs in the second frame, which led to an 11-4 victory for the Oakland Athletics (65-49) at Wrigley Field. Despite falling down 11-0 in the fourth inning and never having much of a shot at winning the contest, the Cubs valiantly amassed 11 hits on the night and outscored the A's 4-0 in the second half of the matchup.

Quite simply, Lester, who pitched for the A's down the stretch in the 2014 season, suffered a forgettable outing that the left-hander will not soon forget. Getting taken for 11 runs on 10 hits and three walks in four innings pitched, Lester saw his ERA increase from 3.86 to 4.46 in the blink of an eye. The second inning started with a leadoff triple by Mark Canha that Cubs center fielder Albert Almora Jr. was unable to catch while colliding with the ivy-covered wall. The A's went on to tally five other hits in the second, including a pair of RBI singles and a 3-run home run by Dustin Garneau. In the top of the fourth, Stephen Piscotty hit a 3-run jack of his own off Lester to put the A's up 11-0.

After Piscotty's bomb, Oakland collected just three hits the rest of the way. In fact, the A's struck out six times in a row in the fifth and sixth innings. Making his first big-league appearance of the season, Cubs reliever Duane Underwood Jr., who was called up on Monday to replace the injured Craig Kimbrel on the active roster, showed out by fanning all six of the batters he faced in two innings pitched. The six consecutive strikeouts for Underwood tied a franchise relief record.

Another notable Cubs pitching feat took place in the ninth inning, as catcher Taylor Davis took the mound for Chicago and pitched a scoreless frame, in which he did not throw a single pitch over 70 miles per hour. Victor Caratini started behind the plate for the Cubs, but he was shaken up when his hand was cleated on a hard slide early on in the action, thus leading to him being moved to first base a few innings later. Davis replaced Caratini as the backstop, so when he toed the rubber in the ninth, Cubs left fielder Kyle Schwarber, a former catcher, donned catcher's gear for the first time in a while and caught for Davis. Although Davis loaded the bases before recording an out, he escaped the inning without giving up a run and received a rousing ovation from the fans after doing so.

Offensively, Chicago faced off against former Cubs hurler Brett Anderson, who started on the bump for the A's and notched two hits with a bat in his hands. Anderson pitched well in his six innings of work and received the winning decision because of it. The two runs allowed by Anderson were given up on a 2-run dinger hit by Cubs third baseman Kris Bryant in the bottom of the sixth. The 439-footer plated outfielder Nicholas Castellanos, who doubled in the previous at-bat. Schwarber pushed two more runs across for the North Siders via a 2-run single in the bottom of the ninth, thereby contributing to the 11-4 final score.