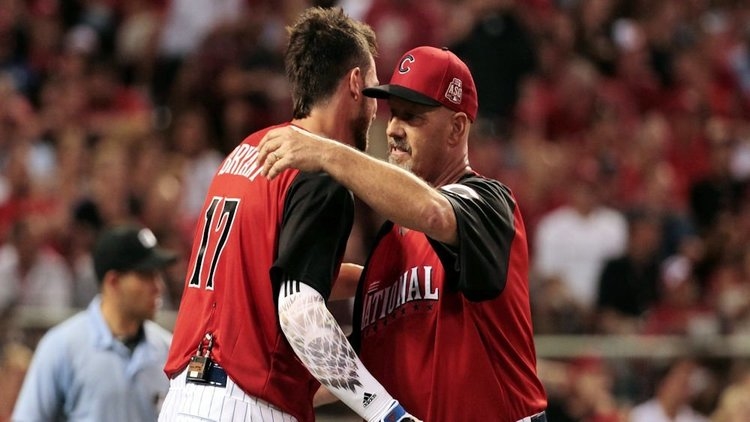 As the Cubs window of contention remains wide open this season and beyond, one cornerstone of success and question mark of the future is Cubs’ third basemen Kris Bryant.

Bryant has been one of baseball’s best players since he came into the league in 2015. In his four-plus seasons in the big leagues, he has tallied 120 home runs, 362 runs driven in, 423 runs scored and over 23 wins above replacement. Bryant came to the MLB in April of 2015, slightly manipulating his service time, but became a star for the Chicago Cubs, being named to the all-star team in each of his first two campaigns.

Bryant is the only player ever to win the College Player of the Year, Minor League Player of the Year, Rookie of the Year and Most Valuable Player in four consecutive seasons. Not only that, Bryant capped it off with a World Series Championship, sealed by a ground ball to him that he fielded with a smile as he lost his footing, and fired a strike to Anthony Rizzo at first base.

Although Bryant is represented by super agent Scott Boras, known for taking his players to and through free agency, Major League Baseball is in the midst of two eras: The era of the extension, and the era of the long ball (or as Jayson Stark and Doug Glanville call it: the Launch era).

Many MLB star players have risked an underwhelming free agency and settled for long term extensions, something the Cubs can hope to do with KB. During all of this, the balls are flying out of ballparks at a historic pace; something KBoom does well.

As the game changes and super, super-utility, long ball hitting, five-tool stars like Bryant’s stock continue to rise, the Cubs should continue to try to lock him up and make him a Cub for life.

With Bryant through it all has been his mentor, his hitting coach, his dad.

Mike Bryant made it as far as the minor leagues in his career, calling his career a “Shakespearean Tragedy” and although he may not have gone as far as his son has - he learned to hit from “the best hitter ever” Ted Williams - and taught his son everything he knows and more. Mike Bryant preaches a bit of an upper-cut swing to his son, allowing him to hit more balls in the air, where there is an 85% chance he reaches base, according to him.

Even though Mike said, his biggest mistake may have been encouraging Kris that he could bat 1.000 when asked if he is filled with pride by his son’s success, he says “Hell yeah.” Mike also thinks Byrant’s four year stretch of being named the best in his collective category is as hard a record to break as Cal Ripken’s consecutive games played streak.

Kris Bryant ending 2016 on a ground ball from him to Anthony Rizzo..yeah, his dad called that.

KB has seen the ups and downs of his five-year career all in pinstripes on the north side, and as a free agency is looming and the money to be made increases, his dad would love him to stay put in the Windy City saying, “I want him to be a Cub forever.”