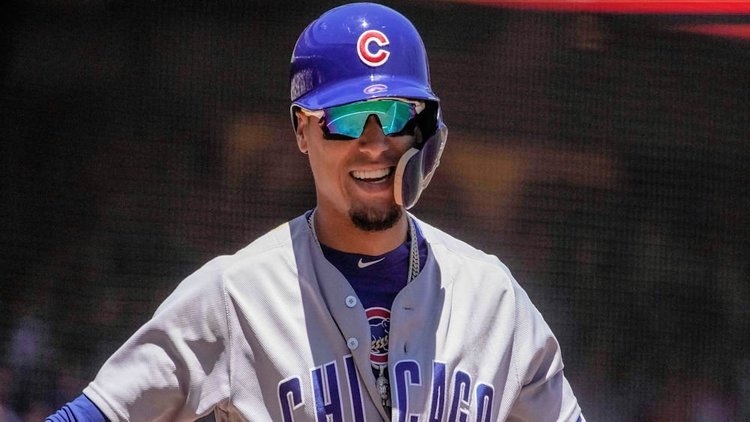 Baez avoids injury: Javier Baez avoided injury today, as he was able to evade a wild pitch thrown during batting practice by Oscar De La Cruz. The ball nearly struck Baez in the head, but he was able to get out of the way in time.

Brandon Morrow: Brandon Morrow says he passed one test today, throwing from 105 ft. Trainers say he can now play catch every day and advance from there.

Ben Zobrist: According to ESPN’s Jesse Rogers, “Maddon reiterated what I've said on the radio a couple times today, Cubs expect Zobrist here shortly...personal situation. They are in touch with him. His health is fine, etc.”

Yu Darvish: “I think my slider is actually better than Cole Hamels’.” In addition to his slider, Darvish was throwing fastballs at “an easy” 93 mph today.

Mike Montgomery: No word of an injury, but Mike Montgomery has not yet thrown from the mound this spring. The team does expect that to be coming soon.

Joe Maddon: “I want to make sure that players never view the analytical side of the game as adversarial. It's just a different tool in your toolbox." About the leadoff spot this year, Joe Maddon says he’ll be moving things around again.

David Bote: According to Jordan Bastian (MLB.com), “Joe Maddon said one of the big concerns in regard to David Bote right now is which Davie Bowie song to use for walk-up music. The manager said he cranked up the volume on a few tunes in his office with Bote already this spring.”

Jen Ho Tseng: The Cubs have announced that right-hander, Jen Ho Tseng will take the mound Saturday in the Cubs’ pre-season opener against the Brewers.

Fergie: Congratulations to Fergie Jenkins for being inducted into the Cactus League Hall of fame.

Thank you @cactusleagueaz for today’s induction. I love my time in spring training every year I’m there. pic.twitter.com/lKrkKTcSsT

Bryce Harper watch: According to Jon Heyman, “Bryce Harper is believed to have turned down multiple offers over 300M in recent weeks." At least five teams are believed still in contact, though: Philly, SF and perhaps Washington appear to have more chance than SD (just gave 300M to Manny) and CWS (seemed more focused on [Machado]).

Indians: Cleveland has signed veteran right-hander, Tyler Clippard to a minor league deal. His major league salary would be $1.75M, plus an additional million in incentives.

Mariners: During a winter that has seen players released or traded as fast as they were signed, Seattle now has its sights on free-agent catcher, Martin Maldonado.

Orioles: Baltimore has claimed lefty, Josh Osich off waivers from the Giants, and in turn, has designated infielder, Hanser Alberto for assignment.

Tigers: Detroit has signed free-agent infielder, Josh Harrison to a one year deal.