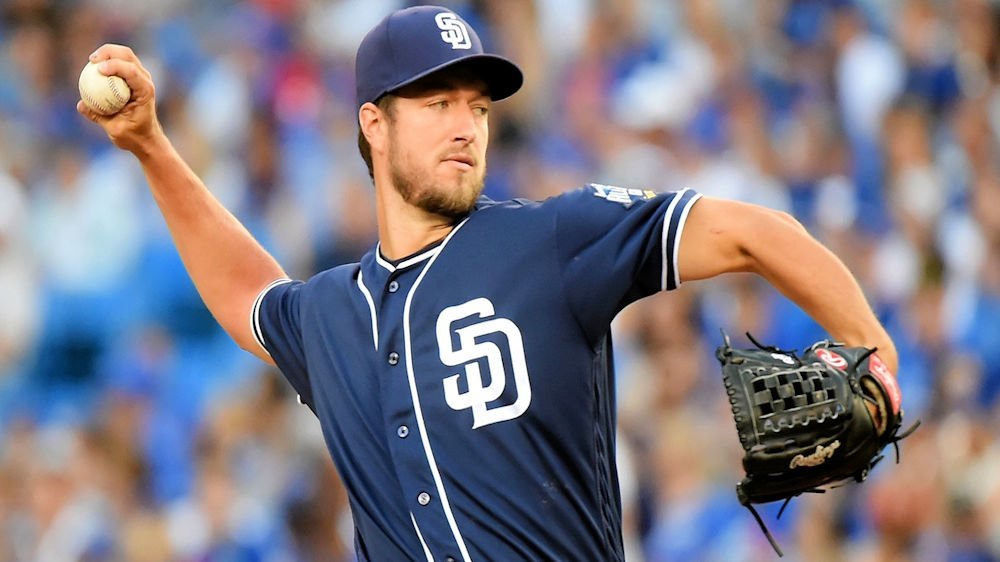 Formal announcement: The Cubs announced Feb. 13 would be the first official workout for pitchers and catchers in Mesa, with the full squad gathering on Feb. 18.

Addison Russell: Things may have now officially hit rock-bottom for Russell, as a group of Cubs’ fans have started a GoFundMe account, with the goal of “paying Russell to go away.” They created a Twitter account @releaserussell this week to increase awareness and in their first tweet (appearing last night), said The Addison Russell Pink Slip Fund is "a campaign created by a group of Cubs fans who are heartbroken at the idea of seeing this abusive monster in a Cubs uniform in the 2019 season."

The goal of the fundraiser is to get to $4.3 million, which is Russell's projected salary for 2019 in his second year of arbitration. All proceeds will be donated to the Domestic Violence Legal Clinic of Chicago.

Colin Rea: The Cubs have signed 28-year-old, right-hander Colin Rea to a minor-league contract with an invitation to major-league spring training. Rea pitched for the Padres in 2015 and 2016, and pitched once for the Marlins in 2016, but did not appear in MLB during the 2017 or 2018 seasons.

Game Times: Starting times have been released for the Cubs’ opening series against the Rangers. Cubs play at 3:05 PM (central time) on opening day in Texas, which is Thursday, March 28. Then 7:05 on Saturday. 3:05 on Sunday.

Manny Machado: Reports now saying the Machado Sweepstakes are down to just two teams, the Phillies and White Sox.

Bryce Harper: In a recent article by NBC Sports Chicago, the Cubs “want a shot at Bryce Harper, but ownership is unlikely to provide approval.”

Braves: Atlanta is involved in continuing discussions with the free-agent outfielder, AJ Pollock.

D-Backs: Arizona has avoided arbitration with catcher, John Ryan Murphy by agreeing to terms on a one-year deal.

Mariners: The Mariners have signed free-agent infielder, Tim Beckham to a one-year, $1.75M deal, with another $250k available in incentives. In addition, Seattle will be signing free-agent reliever Cory Gearrin to a major league deal. Utility-man, Dustin Ackley, has also reached a minor league deal with the Mariners. Ackley hasn’t seen MLB action since 2016.

Marlins: With Yasmani Grandal off the board, the Marlins are now reportedly in “substantial talks” with a half-dozen teams about a JT Realmuto trade. The Dodgers, Braves, Astros, Padres, Rays, and Reds are among the interested parties.

Mets: NY has signed LHP Luis Avilan to a minor league deal with an invite to spring training.

Rangers: The Rangers have signed free-agent righty, Shelby Miller, to a one-year deal worth up to $5M (including bonuses). The Rangers have also signed RHP Jeanmar Gomez and outfielder Danny Santana to minor league deals which will include invites to spring training. Texas also is reportedly continuing to show interest in free-agent second-baseman, Josh Bell.