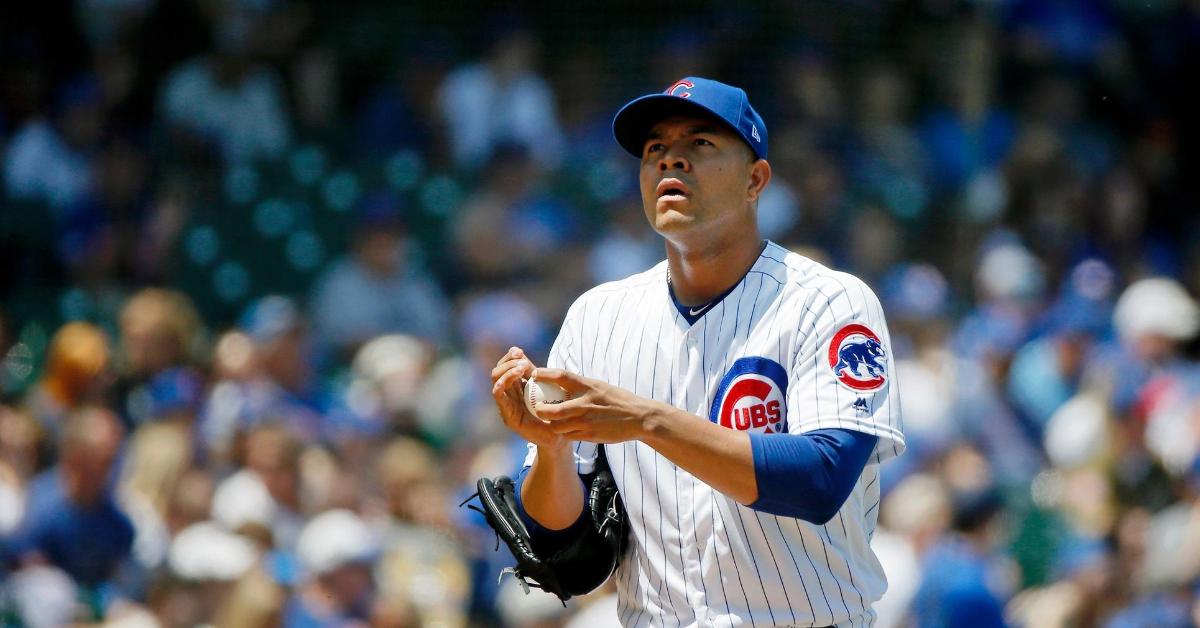 CHICAGO — The wind was blowing out at Wrigley Field on Saturday afternoon, but the visiting team was the only club to take advantage of it in the matchup between the Chicago Cubs (41-35) and the New York Mets (37-40). With three home runs, the Mets walloped the Cubs 10-2 on the day, with Cubs starting pitcher Jose Quintana enduring one of the worst outings of his career. Mustering just five hits and going 0-for-10 with runners in scoring position, the Cubs endured a tough showing at the plate that culminated in them dropping their second in a row to the Mets.

Quintana entered the contest having not earned a winning decision since early May, and he was anything but a winner on the mound against the Mets. Giving up eight runs on nine hits, including the aforementioned three homers, Quintana lasted 4 1/3 innings on the mound and was handed the loss. Mets starter Zack Wheeler, on the other hand, pitched well in his seven innings of work, as he was taken for just one run and struck out five en route to collecting the win.

Mets slugger Pete Alonso set a new National League record for home runs hit by a rookie prior to the All-Star break when he clubbed a solo shot in the first inning for his 26th dinger of the year. The Mets' Jeff McNeil, who has put together a great series thus far, collected three RBI, two of which came on a 2-out single in the top of the second. McNeil was gunned down attempting to stretch the single into a double, with a challenge by Cubs manager Joe Maddon overturning the original safe call. However, the Mets led 3-0 at that point and did not let up.

In the third frame, Mets third baseman Todd Frazier benefited from the gusts at Wrigley, despite thinking that he had hit a flyout. Throwing his bat aside in disgust after hitting a towering shot, Frazier was likely stunned when the ball carried just over the wall in left field for a 2-run homer. McNeil tacked on an additional run by way of another 2-out hit in the top of the fourth, with his RBI double putting the Mets ahead 6-0. An error by Victor Caratini, a catcher by trade who started at first base on Saturday, kicked off a 2-run fifth inning for the Mets. Not long after Caratini mishandled a throw to first, Michael Conforto came through with an RBI single. Following an ensuing 2-run dinger off the bat of Wilson Ramos, Quintana was pulled from the game with the Cubs trailing 9-0.

.@FlavaFraz21 bat flips even when he doesn't mean to. #LGM pic.twitter.com/WEQOyt8Pqn

If some is good, more is better! #LGM pic.twitter.com/v1cL5snzsd

An RBI infield single by Frazier in the sixth enabled the Mets to tally a double-digit run total. After falling down 10-0, the Cubs successfully avoided a shutout by plating a couple of late-inning runs. Willson Contreras came in to score on a double-play groundout by Caratini that occurred with the bases loaded in the bottom of the seventh. Right fielder Jason Heyward led off the ninth with a double that skipped over the first-base bag and into right field. He proceeded to advance to third on a passed ball and then slid in at home on a wild pitch, which resulted in the final score of 10-2.

The only notable highlight of the game for the Cubs came when Caratini pitched for the second time this season. Caratini toed the rubber with the Cubs down 10-1 in the top of the ninth, and he pitched a flawless inning, sitting the Mets down in order. Caratini capped off his perfect performance on the mound with an impressive jump throw to first after fielding a tough infield dribbler. The position player was the lone player to pitch for the Cubs in the 10-2 loss and not allow a baserunner. With the loss, the Cubs dropped to 1-2 in the series and will need a win in Sunday's finale to earn a split.