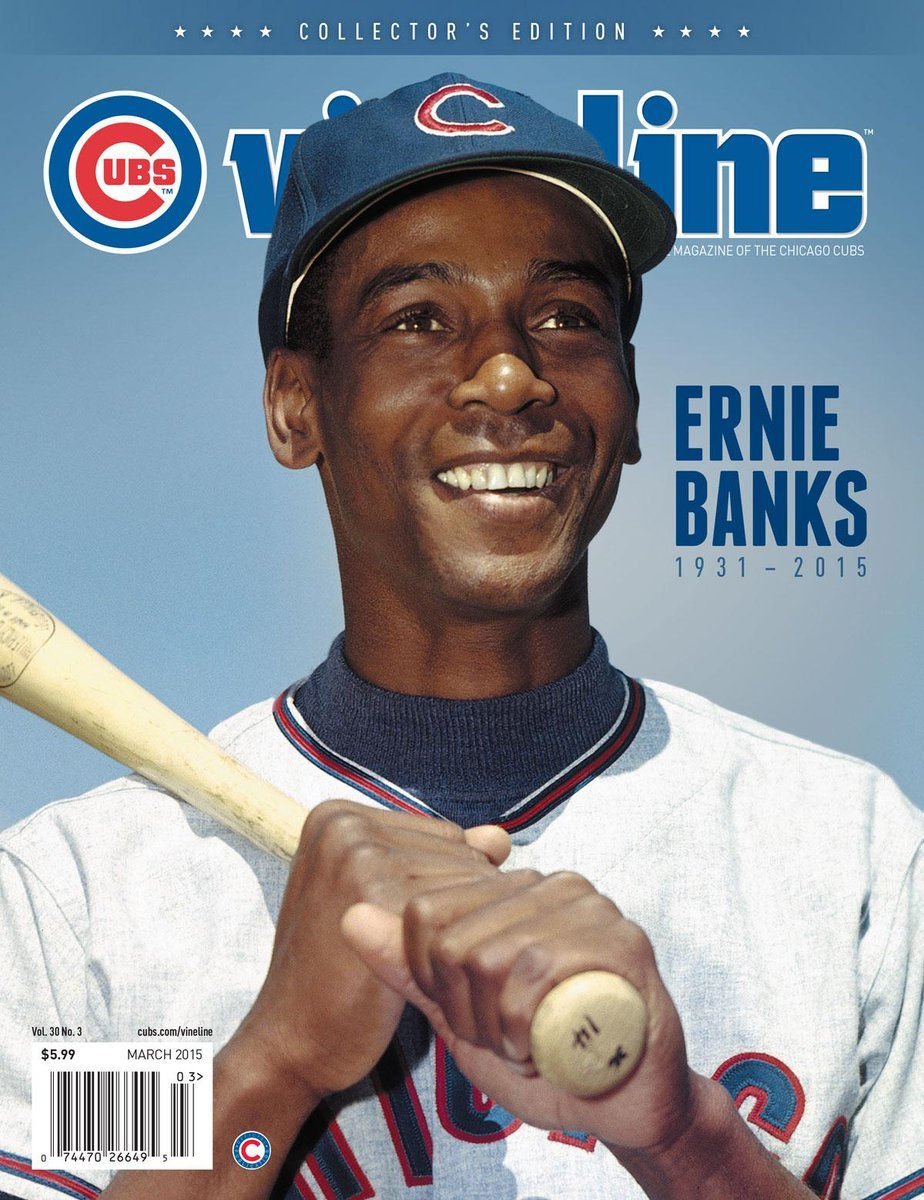 The inexorable march towards extinction of the printed word continued this week with the announcement of the death of the Vine Line after 33 years. This Cubs produced institution was one of the first of its kind. It bought the team and its fans together in a way not seen before, direct information from the ballclub to your home.

In those long-ago days before the internet, it was the only way a team had of making sure its message was what it wanted and that it got to its intended target. Not having to rely on local newspapers, radio, or TV, the Cubs were able to tell the stories they wanted fans to hear. Charity work the team and players were involved with or how the new kid was working on his insurance license for a career after baseball.

The Vine Line was our way of getting to know our favorite team and player in a way we never could before it came along. What does Ernie Banks think about breakfast? Read the Line. Who did Mark Grace idolize growing up? It's in the Vine. How do Sandberg and Dunston know where each other will be on a double play? The Vine lays it all out in a pictorial.

I remember always looking forward to the next issue so that I could get inside the team and learn about things that would make it easier to forget about how utterly awful they were that summer. I love them, but they aren’t very good. Well, maybe next year.

The unsung, but arguably the most important, service the Vine Line performed was that it allowed those that were no longer living in Chicago to stay in touch with their beloved team.

When my parents fled Chicago for the year-round warmth of the desert, I got them a subscription to the Vine Line. It was a perfect way for them to feel like they were a part of what was happening back home. They loved getting it, and I’m fairly sure my mom still has most of the issues tucked away somewhere.

The ending of this fine publication’s life seems like the ending of another time and place. A time where people were polite to each other, life was slower, and the news was less negative and more inclusive.

People today don’t want to wait for a newspaper to be delivered to their homes each morning let alone waiting for a magazine to show up once in a while. The internet has made it easier to get information instantly, although not always accurately.

There will be many other ways for fans to stay in touch with the Cubs now, including this website where you are reading this story right now. CubsHQ.com will be convenient with a variety of things to read, but unfortunately, you won’t feel the rush of opening your mailbox and seeing that shiny new magazine with the Cubs logo on it.