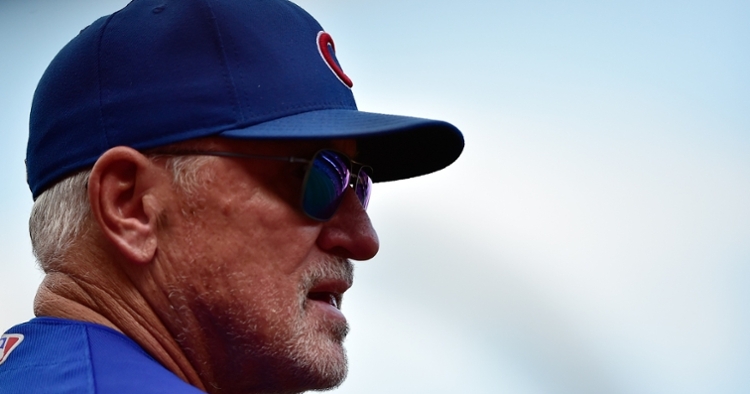 ST. LOUIS — Marking an end of one of the best five-year eras in Chicago Cubs (84-78) history, Cubs skipper Joe Maddon managed the North Siders for the final time on Sunday. Prior to the season finale at Busch Stadium, the Cubs abounded that Maddon, whose contract is up, will not be retained. Unfortunately for Maddon, the Cubs were unable to win for him in his grand finale, with the St. Louis Cardinals (91-71) shutting out Chicago 9-0 and claiming the National League Central crown as a result.

Entering the final day of the regular season, the Cardinals were one game ahead of the Milwaukee Brewers (89-73) in the standings, and, with the win, the Cardinals claimed the division title for the first time since 2015 and negated any possibility of having to play in a tiebreaker on Monday. The Cubs had a chance to enact revenge on the Redbirds, who took one of three in the final series of 2018, thereby forcing the Cubs to play the Brewers in a tiebreaker, but they fell flat with reliever Derek Holland making a spot start in order to prove to potential free-agency suitors that he can still start.

Chicago came out on top in the first two installments of the series, but St. Louis dominated in the last matchup. Mustering just three hits and one walk on the afternoon, the Cubs were shut down by Cardinals ace Jack Flaherty, who struck out six in his seven scoreless innings of work. As for Holland, he made it through only two innings, in which he was taken for seven runs on five hits and four walks. Paul Goldschmidt led the charge for the Cardinals by recording three of their nine hits, including a first-inning RBI single that put the Cardinals up 1-0.

Another St. Louis run came home in the opening frame on a double-play groundout. Then, in the bottom of the second, former Cub Dexter Fowler drilled a 430-foot 2-run blast out beyond center field. Marcell Ozuna put the Cardinals ahead 5-0 with an RBI base knock, which came after Goldschmidt stole second base, in the bottom of the third. Following a pitching change, Cubs reliever Duane Underwood Jr. got taken deep on a 3-run blast by Matt Carpenter. Goldschmidt proceeded to go yard off Underwood in the fourth inning, thus leading to the 9-0 final score.

The highlight of the game for the Cubs came in the bottom of the eighth, when veteran utility man Ben Zobrist toed the rubber in what might have been his final appearance in a Cubs uniform. While the 1-inning stint on the mound served as the first big-league pitching performance of Zobrist's career, it also served as the final pitching performance of the Cubs' 2019 campaign. Zobrist tossed a scoreless eighth inning and capped it off by getting Yadier Molina to strike out swinging at a pitch in the dirt.

Zobrist started at second base and also manned shortstop during the course of the game. After starting at second base on Saturday, shortstop by trade Nico Hoerner garnered his first taste of playing the outfield in the majors, as he roamed center field for the Cubs from start to finish in the season finale. Soon after Zobrist struck out Molina, the Cardinals finished the Cubs off in the top of the ninth and celebrated claiming the National League Central pennant in front of their home fans.

The third-place North Siders ended up seven games behind the Cardinals in a season that certainly did not turn out the way that the Cubs hoped or planned. In addition to losing the 19-game season series to the Cardinals by a tally of 10-9, the Cubs put together a 37-39 losing record against division opponents. With no playoff berth to speak of, the Cubs organization, which last missed out on the postseason in 2014, will now devote its attention to finding a new manager as what should be a busy offseason in Wrigleyville gets underway.