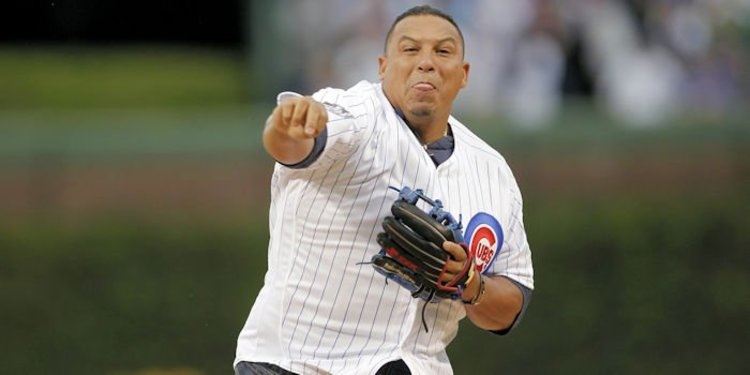 Chicago, IL (July 25, 2017) – For the first time in network history, CSN Chicago (CSN), the home for the most games and the most comprehensive coverage of the Chicago White Sox and Chicago Cubs, will be providing an alternative Spanish-language telecast for each team that will air exclusively on CSN+ (also streaming live on CSNChicago.com and via the NBC Sports app). CSN’s upcoming pair of alternative Spanish-language telecasts will also feature game analysis provided by two Chicago baseball icons: 2005 White Sox World Series manager Ozzie Guillen (on Monday, July 31) and three-time Cubs All-Star starting pitcher Carlos Zambrano (on Tuesday, August 1).

On Monday, July 31, CSN will carry the first of its two Spanish-language telecasts as the White Sox host the Toronto Blue Jays at 7:00 PM CT (White Sox Pregame Live presented by The Kowalis Family of Dealerships begins at 6:30 PM). Calling the game on CSN+ will be Noticiero Telemundo Chicago’s lead sports anchor/veteran play-by-play announcer Rodrigo Arana, who will be joined in the booth by the always-candid and entertaining Ozzie Guillen, who led the White Sox to their first World Series title in 88 years, earning the 2005 American League “Manager of the Year” honor. CSN’s primary White Sox announcing team of Jason Benetti and Steve Stone will provide the call of the game on the main CSN channel location.

Then, on Tuesday, August 1, CSN will head to the north side of town for its second alternative Spanish-language telecast when the Cubs host the Arizona Diamondbacks at 7:00 PM CT (Cubs Pregame Live presented by Fields Auto Group gets underway at 6:30 PM). Arana will once again handle play-by-play duties on CSN+, but will be joined in the booth this time by former Cubs standout pitcher (and hitter) Carlos Zambrano. In his 11 seasons with the Cubs, Zambrano made the National League All-Star team three times, earned three Silver Slugger awards, and finished in the NL’s top ten in ERA four-straight years (2003-06). The primary call of the game on the main CSN channel location will be handled by CSN’s Cubs announcing duo of Len Kasper and Jim Deshaies.

“With a diverse and dedicated Chicago baseball fan base throughout the entire Chicago market, we are excited to provide these Spanish-language White Sox and Cubs telecasts, showcasing the standout play-by-play call from Rodrigo and the in-depth and entertaining analysis from both Ozzie and Carlos,” said Greg Bowman, VP of Programming for CSN Chicago.

The alternative Spanish-language White Sox & Cubs telecasts will be televised exclusively on CSN+, which is available in high-definition on Comcast/Xfinity ch. 201 in the Chicago area/South Bend, IN & on Comcast/Xfinity ch. 285 in the Peoria, Springfield, Rockford and Champaign markets, along with being made available in DIRECTV, DISH Network, AT&T U-verse, RCN, and WOW! homes among others; viewers are urged to visit CSNChicago.com’s CHANNEL FINDER for complete channel location details.

In addition, the English and Spanish versions of the White Sox game on July 31 and the Cubs game on August 1 will BOTH be accessible live via CSNChicago.com and the NBC Sports app to authenticated CSN Chicago subscribers. The live streaming service is currently available to customers of Comcast/Xfinity, DIRECTV, DISH Network, AT&T U-verse, Mediacom, RCN, WOW!, Time Warner Cable and Charter among numerous other carriers. For a full list of carriers and more information about CSN Chicago’s live streaming service of White Sox games, viewers are urged to visit the following link: http://www.csnchicago.com/live-faq . The live stream of CSN’s White Sox & Cubs telecasts is presented by State Farm.

Throughout the season, fans are also urged to visit CSNChicago.com’s “WhiteSoxTalk” (CSNChicago.com/white-sox) and “CubsTalk” (CSNChicago.com/cubs) sections for complete game previews/recaps, the latest news & rumors, feature reports, videos, and much more. Fans can also follow the network’s dedicated team-specific Twitter handles (@CSNWhiteSox and @CSNCubs) for the latest news and up-to-the-minute team/player reports 24/7. In addition, fans can look forward to new editions of CSN’s popular White Sox & Cubs PODCASTS (presented by Wintrust) featuring the network’s roster of baseball experts, along with numerous special guests. All of CSN’s podcasts can be downloaded at CSNChicago.com/podcasts and by simply subscribing to them via Apple Podcasts, Google Play or Stitcher. The podcasts can be played on any mobile device, laptop, or desktop computer.