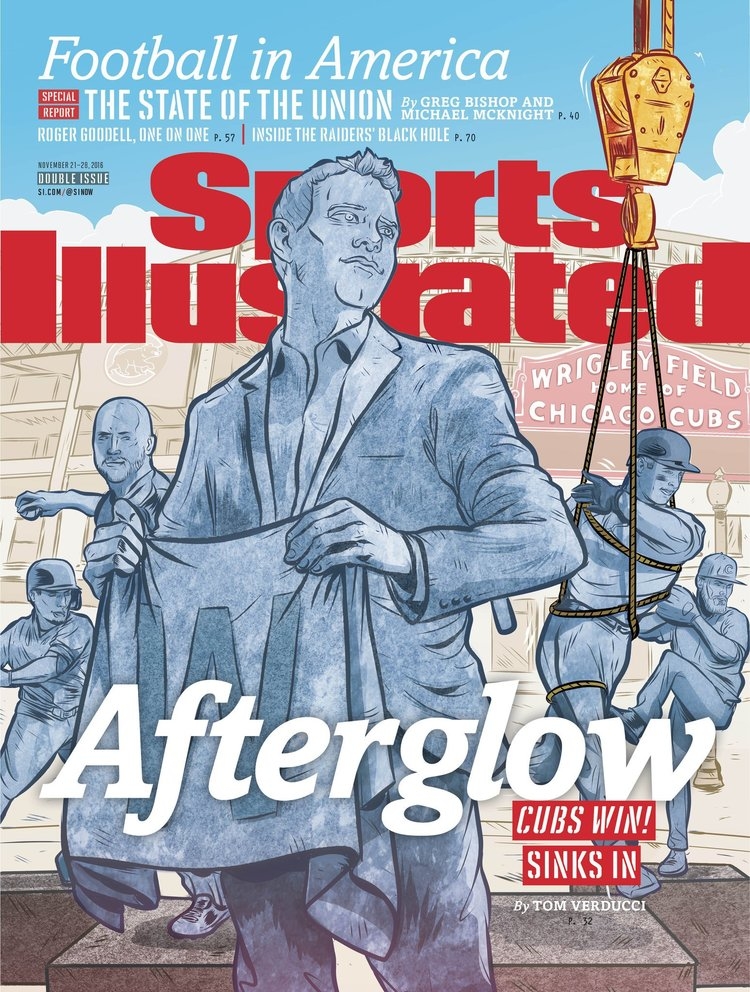 The Cubs won the World Series for the first time since 1908 and have been on numerous magazine covers as the hot team in sports.

Sports Illustrated released their regional cover on newsstands that featured the Cubs team including Theo Epstein holding a 'W' flag.

Alabama, Florida, Georgia, Kentucky, Eastern Missouri, Mississippi, North Carolina, South Carolina and Tennessee will have the opportunity to buy it at the newsstands.