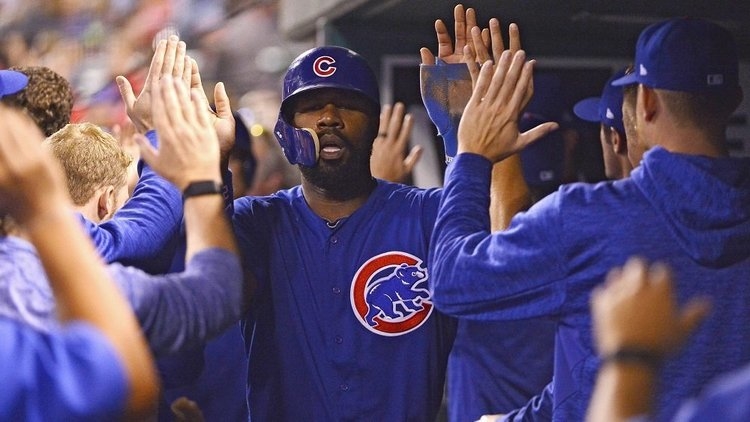 DETROIT — Chicago Cubs right fielder Jason Heyward is a healthy scratch from Wednesday's game at Comerica Park against the Detroit Tigers. A little over half an hour before game time, the Cubs announced a revised starting lineup from the one announced earlier in the day, which included Heyward.

Ian Happ was moved from left to right, and Kyle Schwarber is set to start in left instead of serving as the designated hitter. In addition, Jason Kipnis became the new designated hitter, and Nico Hoerner was added to the starting lineup as the second baseman, replacing Kipnis.

As for why Heyward is sitting out, the only details that have been revealed are that he discussed sitting out with Cubs manager David Ross and opted to take himself out of the starting lineup. On a day that has seen the NBA postpone its games and the Cincinnati Reds and the Milwaukee Brewers declining to play their scheduled game as a form of social protest over the police shooting of Jacob Blake, it is likely that Heyward, who is Black, decided not to play in tonight's game for similar reasons. According to sources, Jason Heyward encouraged his Cubs teammates to play in Wednesday's contest and supported them for doing so.

From team: Heyward spoke to Ross and Heyward decided not to play tonight.

Cubs will play tonight but Jason Heyward will not after taking himself out of lineup following a talk with David Ross.

Jason Heyward, one of the most respected players in the Cubs clubhouse, made a personal choice to sit out but encouraged the rest of his teammates to play tonight in Detroit.

Jason Heyward posted this picture on his instagram account this afternoon before taking himself out of Wednesday's lineup. #kenosha #justice #BLM pic.twitter.com/nnRmf7tJuE