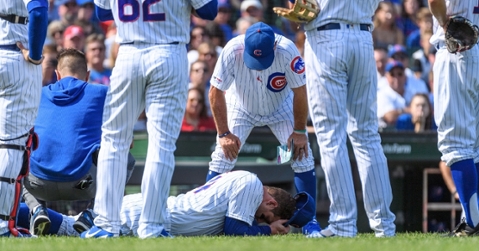 An MRI revealed a moderate lateral sprain in his right ankle that won't need surgery. The current timeline is for him to wear a walking boot for the next five to seven days and then he will be re-evaluated by team doctors.

Rizzo said he will try to return to the ballclub this season.

"My body usually responds pretty well, so I'm certainly not ruling it out. I have every intention to try to do everything I can with the training staff to get back on the field with the boys, "Rizzo said to the media Monday. "I think in a few days, it will tell us a lot more of how it reacts. Right now, it doesn't feel great."

"Obviously these weeks in September and October are why you play baseball," he said. "The funnest time of the year, the most pressure-packed and action-packed. To miss any time right now sucks. But it could have been worse."

Options at first base for the Cubs include Victor Caratini, Ian Happ, Ben Zobrist, Willson Contreras, and Kris Bryant while Rizzo is out.