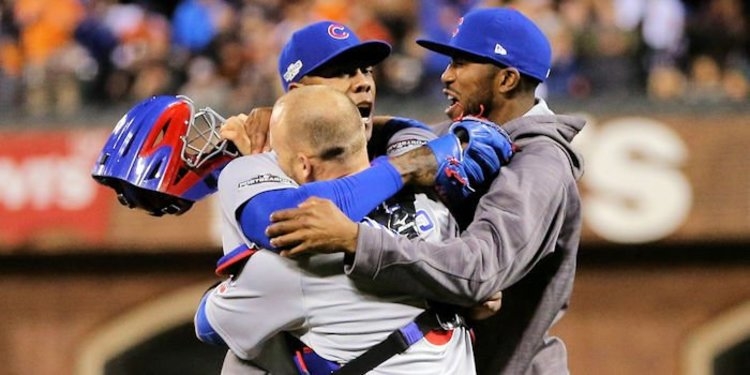 The Chicago Cubs won their first World Series since 1908, and one of the main reasons was the midseason blockbuster trade of shortstop phenom Gleyber Torres to obtain fireballer closer, Aroldis Chapman.

However, it appears right now there are two teams that are trying to obtain Chapman's services with the Yankees and the Nationals.

"The Yankees aren’t alone in their pursuit of Chapman," Yahoo Sports said. "The Washington Nationals are now believed to be in the mix after making a run for his services at the trade deadline. The Yankees ended up sending Chapman to the Chicago Cubs for several prospects, while Washington acquired Mark Melancon from Pittsburgh. Both closers performed well down the stretch and are about to cash in as free agents."

Chapman is looking for a five-year deal worth $100 million dollars from a ballclub according to multiple reports.

Check out these popular Cubs items on Amazon!