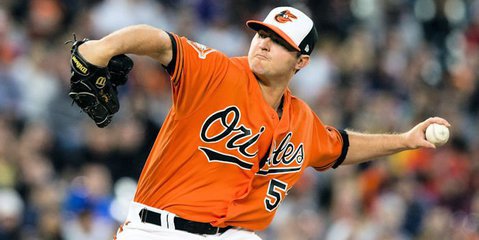 The winter meetings are underway in Orlando, Fl. this week and the Cubs are apparently making moves trying to shore up their disappointing bullpen.

According to MLB Insider Jon Heyman, the Cubs have spoken to the Baltimore Orioles about their closer Zach Britton.

"The Cubs are in need of a closer with Wade Davis a free agent, and last year were happy to take Davis on a one-year deal in a trade with Kansas City, a deal that worked out nicely for Chicago," Heyman said. "Greg Holland is the other star free agent closer on the market, which is deep in bullpen arms but not star closers, meaning Britton could bring a decent haul."

Britton will be a free agent after the 2018 season, and the Orioles could be willing to move his contract of around $12-13 million for a few prospects. This possible Britton move is a similar way the Cubs got Wade Davis for one year for Jorge Soler with the Kansas City Royals.

Another team that has spoken to the Orioles about the left-hander is the Los Angeles Dodgers according to Heyman.