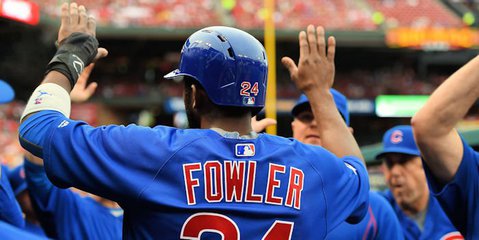 Cubs outfielder Dexter Fowler will have a physical on Friday in St. Louis according to a report by KSDK Sports in St. Louis.

Fowler has strong interest from the Cardinals, Blue Jays, and others with his impressive season spearheading the Cubs offense.

He batted .276 with 13 homers, 48 RBIs, and 13 steals this season and was named to his first National League All-Star team. However, his numbers do not tell the tale of his play, leadership, and how great of a teammate he was during his time with the Cubs.

Have confirmed with @Cardinals that Dexter Fowler will take a physical here tomorrow in St. Louis. @KSDKSports