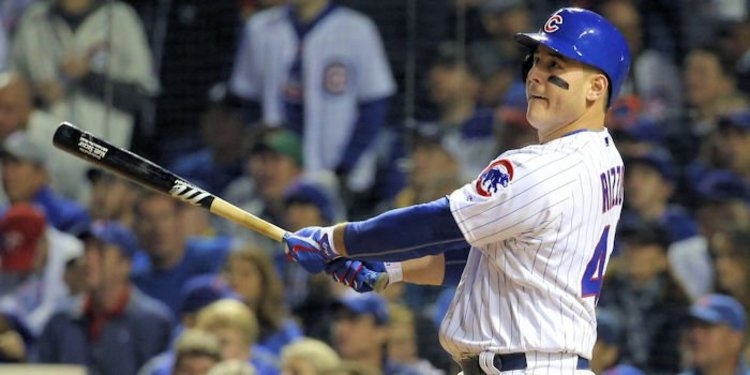 Rizzo batted .292 with 43 doubles, 32 homers, and 109 RBIs on the season and was 4th in the voting for National League MVP on Thursday. His offseason he has already been named to the Rawlings Platinum Award, Gold Glove Award, Defensive Player of the Year at 1B, and Silver Slugger Award.