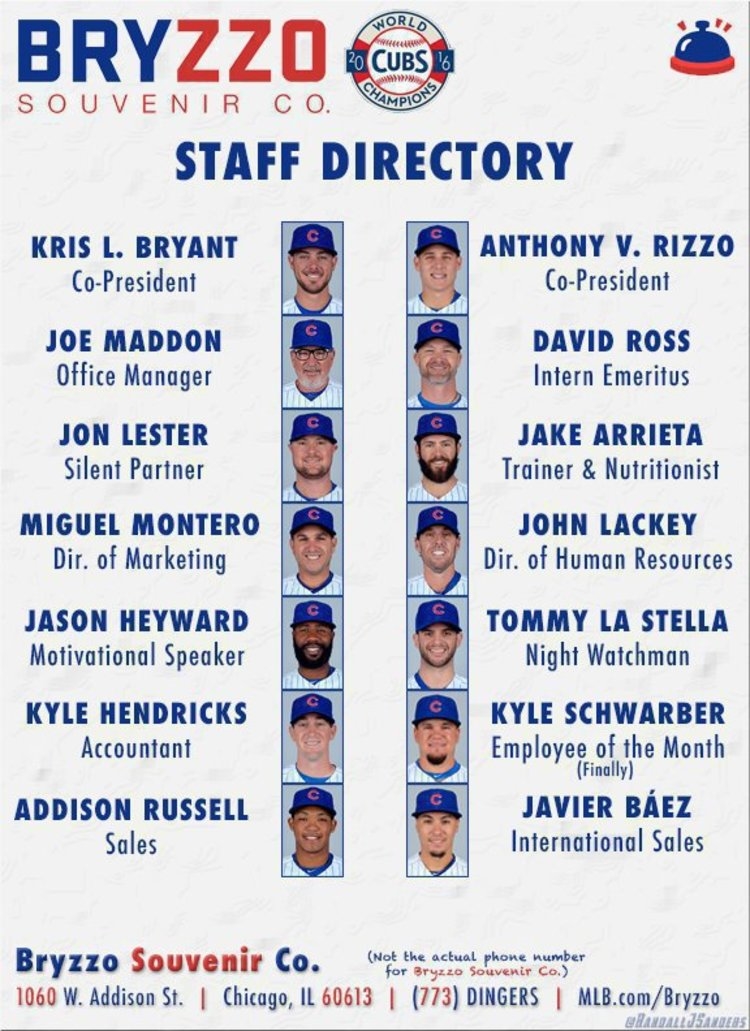 There are some new interesting jobs in 2017 with Jon Lester as the silent partner, Miguel Montero as the director of marketing, Jason Heyward as the motivational speaker, Kyle Hendricks as the accountant, David Ross as the intern, Jake Arrieta as the trainer and nutritionist, John Lackey as director of Human Resources, Tommy La Stella as the Night Watchman, and Kyle Schwarber as the Employee of the Month.

A year later, the #Bryzzo Souvenir Co. has expanded & restructured, but they remain committed to bringing you the same great service. @Cubs pic.twitter.com/X9YzXk9iFG