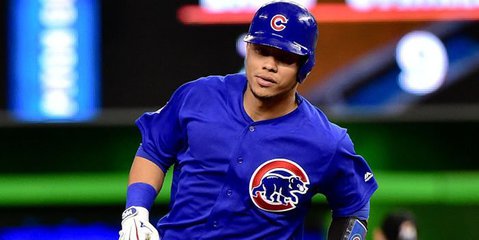 Baseball America released its list of their Top 20 prospects in the Pacific Coast League for the 2016 season and three Cubs were represented.

Cubs C/OF Willson Contreras was ranked as the #2 best prospect to play in the Pacific Coast League despite playing a large role for the major league ball club this season. Contreras is batting .282 with 14 doubles, a triple, 12 homers in 76 games for the Cubs this season.

Cubs backup outfielder Albert Almora Jr. was ranked the #12 prospect in the Pacific Coast League. Almora Jr. has a .277 average with nine doubles, a triple, and a homer in 47 games for the Cubs this season.

Finally, minor-league third baseman Jeimer Candelario was ranked #17 in the rankings of top prospects in the PCL. He batted .333 with 22 doubles, three triples, and nine homers in 76 games this season for the Iowa Cubs.