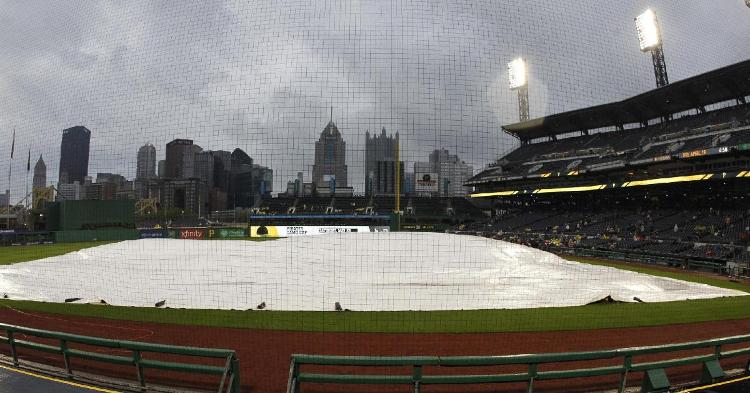 There is expected to be a window later in the afternoon that play will be able to resume. Heavy rain began falling shortly after the final out of the top of the ninth was recorded, and the grounds crew subsequently brought out the tarp.

Update: Play should resume around 5:10 p.m. local time, according to the Cubs.

Press box wag: “So that’s what this is called.” pic.twitter.com/TdL4kOWFK6

You truly hate to see it pic.twitter.com/6mdx7jspoq