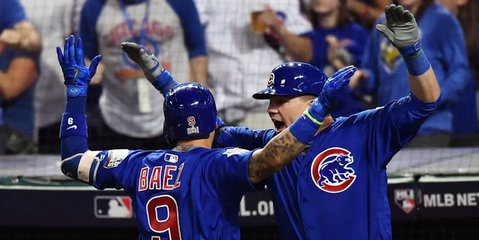 The Chicago Cubs have struggled mightily during the first half of the 2017 baseball season compiling a 43-45 record and putting a huge exclamation by getting smacked 14-3 by the Pirates last Sunday.

However, the folks in Vegas still think the Cubs have a big-time shot to win the 2017 World Series. The Cubs still have the fifth-best odds to win the World Series with 8-to-1 odds according to Bovada.

Are they the fifth-best team in the majors, right now? Probably not, but they can get on a hot streak because of their 74 remaining regular-season games, 71 percent of those are against teams with losing records.

Don't give up Cubs fans because the team is only 5.5 games out of first place in the National League Central division.