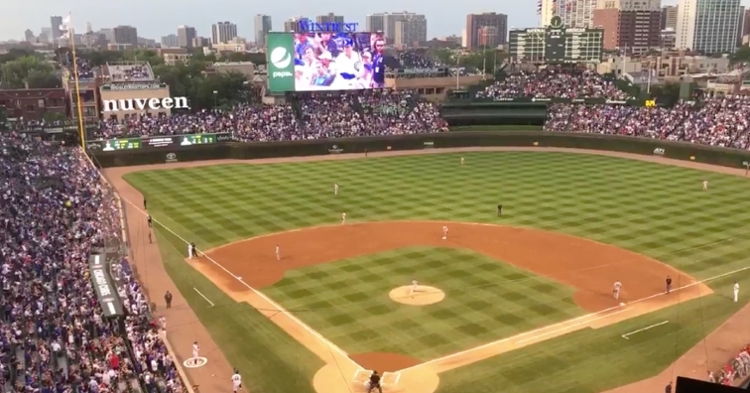 CHICAGO — Chicago Cubs first baseman Anthony Rizzo was shockingly cleared to play in the Cubs' matchup against the St. Louis Cardinals on Thursday, as Rizzo was expected to be in a walking booth for the remainder of the week. Rizzo suffered a scary ankle sprain on Sept. 15 that was expected to sideline him for most, if not all, of the remaining regular-season games, yet he is already back in action.

Furthermore, Rizzo was not only cleared to play in Thursday's game, but he also started at first base and batted leadoff for the Cubs. When stepping up to the plate for his first at-bat, Rizzo hilariously used professional wrester The Undertaker's theme song in reference to him "coming back from the dead" much sooner than predicted. As expected, Rizzo received a standing ovation from the thrilled fans at Wrigley Field.