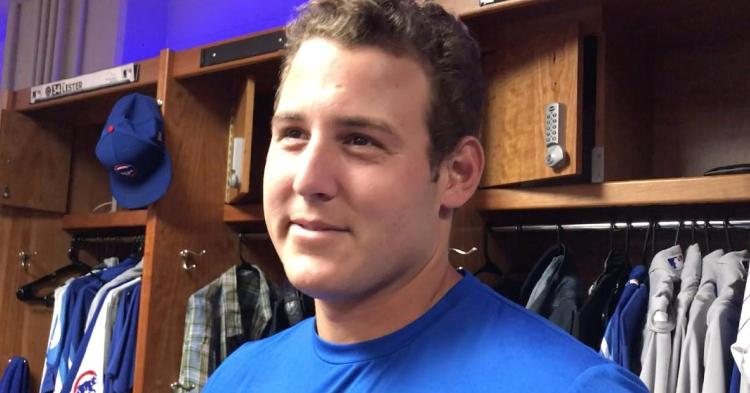 Anthony Rizzo talked with the media about the Cubs' usage of home jerseys as good-luck charms on the road.

CINCINNATI — "It's no secret we've got to play better on the road, so let's try to pretend like we're at home."

That is what Chicago Cubs first baseman Anthony Rizzo said on Thursday while discussing the Cubs' good-luck charm for their 10-game road trip. Although Rizzo did not know the culprit behind the Cubs' home white jerseys being brought with the team to Cincinnati for the series against the Cincinnati Reds, he implicated fun-loving reliever Brandon Kintzler as a likely suspect.

Entering Thursday's contest at Great American Ball Park, the 62-52 Cubs stood at 41-19 in home games and 21-33 in away contests. That disparity led to the hilarious decision to utilize the home jerseys, which cannot be worn in road games, in an attempt to bring good fortune to the Cubs as they aim to right the ship on the road. While the Cubs are currently in first place in the National League Central, Rizzo made it clear that the Cubs are eager to continue building upon their lead.

"You want to be in first place," Rizzo said. "But you want to keep winning games and try to build off that."