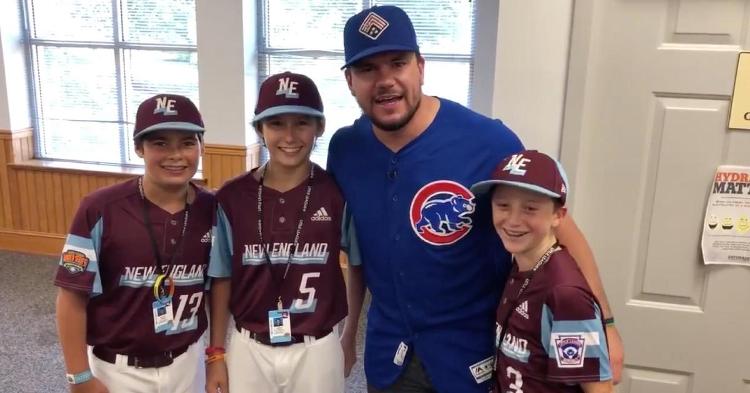 WILLIAMSPORT, Pa. — As part of the fun that preceded the MLB Little League Classic on Sunday, Chicago Cubs left fielder Kyle Schwarber and the rest of the North Siders engaged with the little leaguers in Williamsport, Pa., and assuredly made plenty of new fans. Schwarber had an especially great time, as he played ping-pong, posed for pictures, signed autographs and even participated in a push-up contest.

One hilarious moment that came from Schwarber's fraternization with the Little League players was the outfielder's usage of a Boston accent when delivering a message to Cubs starting pitcher Jon Lester. Schwarber met up with a group of players from the New England Little League team, and, naturally, the boys were fans of the Boston Red Sox and Lester, who is a former Red Sox ace. Therefore, Schwarber teamed up with the young New Englanders to dish out a compliment to Lester that perfectly encapsulated the Boston accent.

?@JLester34? team New England has a message for ya pic.twitter.com/nyTlbAGJRp