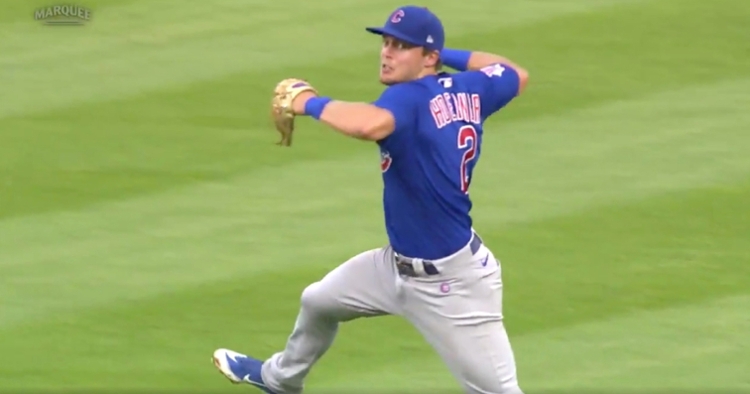 Nico Hoerner showed off his defensive prowess with a jump throw straight out of the Derek Jeter playbook.

DETROIT — Channeling legendary New York Yankees shortstop Derek Jeter, Chicago Cubs second baseman Nico Hoerner pulled off an impressive jump throw that was reminiscent of a play that Jeter would have made in the 5-6 hole. While making the throw in the 3-4 hole, like Hoerner did, is not as impressive, Hoerner's flashy play was noteworthy, nevertheless.

After hitting an RBI single in the top of the second at Comerica Park on Monday, Hoerner showed out on defense in the bottom half of the inning. The Detroit Tigers' Christin Stewart hit a chopper that Hoerner fielded on the outfield grass before leaping and firing a throw across his body to first baseman Anthony Rizzo. Rizzo stretched and gloved the throw on a hop, outing Stewart in the nick of time. Furthermore, Hoerner tracked down a high popup in right field on the very next play and made an over-the-shoulder grab to end a second inning that featured several Hoerner highlights.