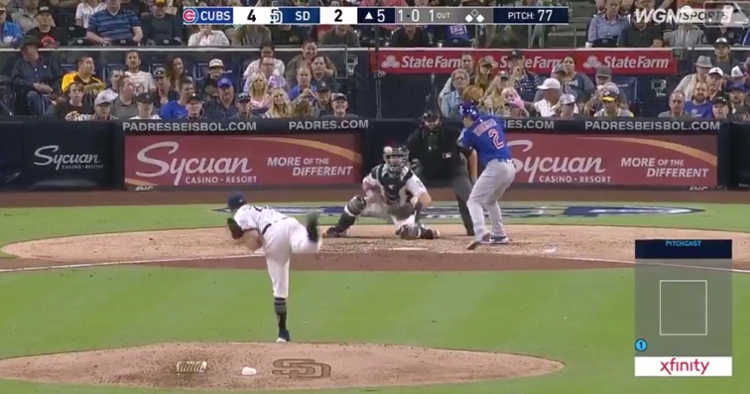 Marking the first extra-base hit of Nico Hoerner's big-league career, a fifth-inning triple increased the Cubs' lead over the Padres.

SAN DIEGO — With the first extra-base hit of his major-league career, Chicago Cubs shortstop Nico Hoerner smacked a 2-run triple into the left-field corner on Monday. The 3-bagger, which came in the top of the fifth, put the Cubs up 6-2 on the San Diego Padres. Hoerner was called up for his big-league debut earlier in the day.

Hoerner singled earlier in the contest at Petco Park, and his triple off Padres starter Cal Quantrill, a college teammate of Hoerner's with the Stanford Cardinal, marked Hoerner's second hit of the night. Soon afterward, Hoerner scored his second run of the night on an RBI base knock by Cubs center fielder Jason Heyward.