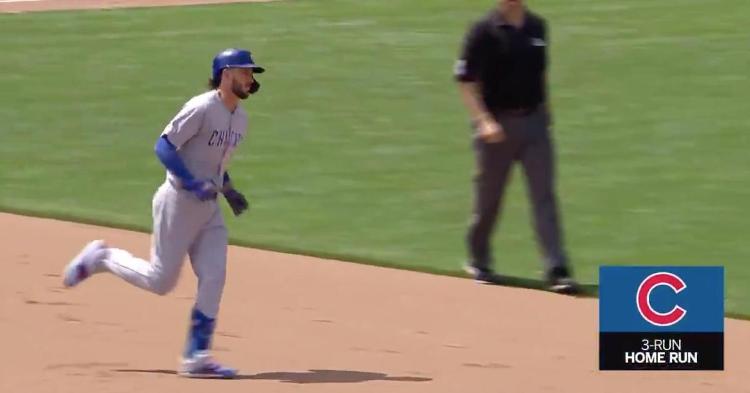 CINCINNATI — Cincinnati Reds television broadcaster Thom Brennaman, who is the son of legendary Reds radio announcer Marty Brennaman, is a passionate play-by-play man, and he wore his passion on his sleeve when the Reds coughed up a lead on Sunday. With two outs in the top of the seventh, Cubs third baseman Kris Bryant hit a 3-run home run that put the Cubs up 5-3, thus making Brennaman audibly angry.

The Reds led 3-0 through five innings at Great American Ball Park, and the go-ahead blast from Bryant, which was given up by Reds reliever Michael Lorenzen, provided Chicago with its first lead of the day. Lorenzen entered in relief of Reds starter Luis Castillo, who pitched a gem, and Brennaman was beside himself when, on the first pitch of Bryant's at-bat, Lorenzen got taken deep.

Brennaman's call of the round-tripper was oozing with bottled-up rage, and Brennaman uncorked the bottle by loudly blurting out the exclamation of "unbelievable" after Bryant's bomb landed in the bleachers beyond left field. The Cubs went on to win 6-3, as they scored six unanswered runs en route to downing the Reds, likely turning Brennaman into a ticking time bomb in the broadcast booth.