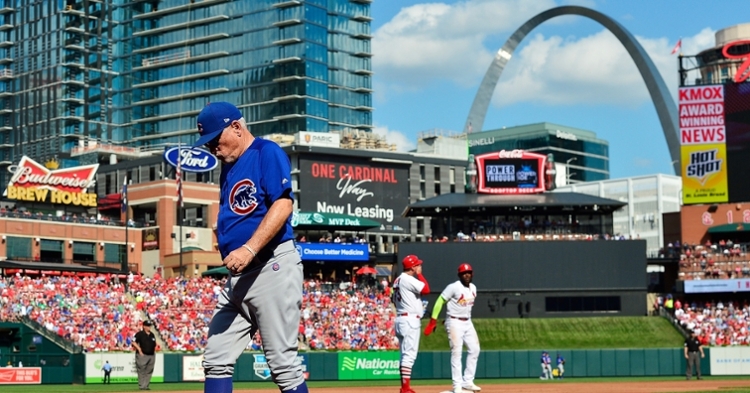 ST. LOUIS — Life was put into perspective at Busch Stadium on Sunday. While the media waited with bated breath to learn the fate of Chicago Cubs manager Joe Maddon, a serious medical incident took place, resulting in a sports writer jumping into action and helping to keep someone alive.

Prior to the press conference held by Maddon and Cubs President of Baseball Operations Theo Epstein in order to announce that Maddon would not return as the Cubs' manager, Mike Flanary, a St. Louis-based videographer, collapsed in the visiting dugout. That led to sports journalist Derrick Goold of the St. Louis Post-Dispatch administering CPR and reviving Flanary.

The presser was initially supposed to take place in the dugout, but, as a result of the medial emergency, the media session was delayed and moved indoors. According to St. Louis Post-Dispatch reporter Rick Hummel, Flanary, who was rushed to a nearby hospital after being tended to by on-site medical personnel, suffered a heart attack and a stroke.

Flanary was at the ballpark because he was assigned by a local television station to provide video coverage of the game. Hummel spoke with the stadium doctor, who stated that Goold performing CPR was critical to keeping Flanary alive. At the time of Hummel's article being published, Flanary, who was transported to Barnes-Jewish Hospital, was in critical but stable condition.