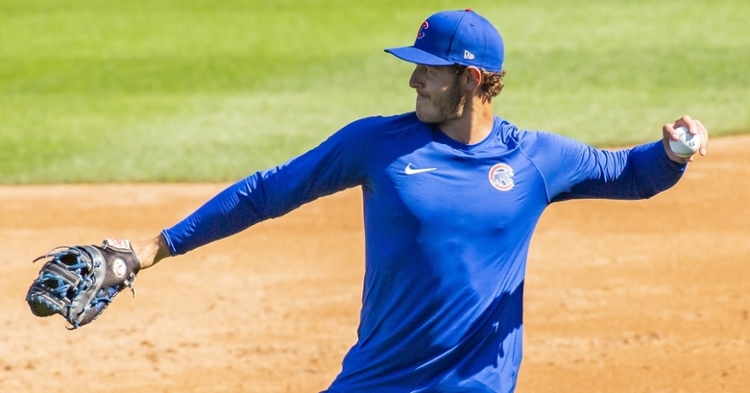 The Chicago Cubs have been missing their standout first baseman Anthony Rizzo since last Tuesday as he has been dealing with lower back tightness.

On Tuesday, Rizzo had an MRI performed on his back to see what was going on.

The Cubs announced today that the MRI showed 'rib head inflammation' on his left side of his back that was causing him spasms. The team will continue to treat and monitor his back.

Cubs manager David Ross said that Rizzo is staying upbeat despite the injury, and it's too early to decide if Rizzo will eventually be on the injured list.

Not great news for Cubs fans as the opener is just eight days away.

Rizzo told reporters that he doesn't think he will spend time on the injured list.

"I don't think so. I've been able to manage it before. I'd rather miss a couple of games early if necessary than a big chunk."

Primary backups at first base include Victor Caratini (that is practicing the position today) and also Kris Bryant.

Rizzo: not hitting now to calm things down. “I’m past severe pain part.”

Rizzo: with the pending tests, it will be cleaned up by opening day. It needs to be.

Rizzo on his back issues: "I know I have an issue every year but I think we do a great job of limiting it."