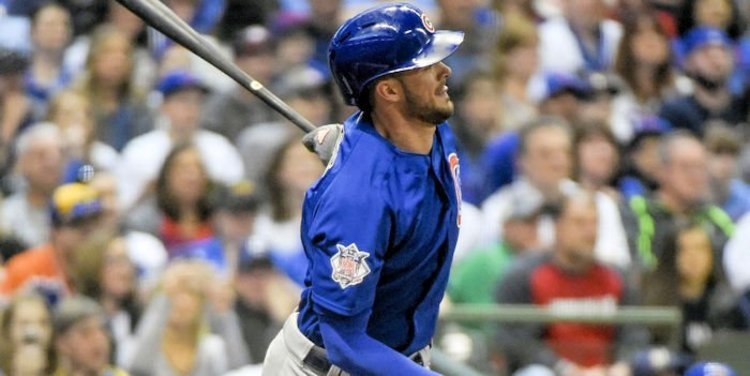 This is some surprising news to come out of Cubs camp on Wednesday.

Ross thinks that having someone of Bryant's ability to get at least five at-bats per game should be beneficial to the ballclub.

“That is a fifth at-bat for guys is a real thing. When that comes around, you got to have a guy that wants that. I talked to Kris about that, and he’s all-in. He thinks that he can be an impact player at the top of the lineup just like I do. It slots guys in really well after him. (righty, lefty, righty, lefty)”

Ross confirmed this is not an experiment but something he is committed to.

“He’s on board. I’m on board. It’s something I have been thinking about long and hard. I’m excited about it.”

Things are shaking up with the Cubs, and I am all for watching it unfold this season.

Ross said he’s committed to Bryant as leadoff man. Not ready to reveal the rest of the lineup. pic.twitter.com/40sa25jhmr

Early look at the top of the @cubs lineup, according to rookie manager David Ross:

Sluggers who could get five at-bats on many days, and that’s why Ross likes this most.