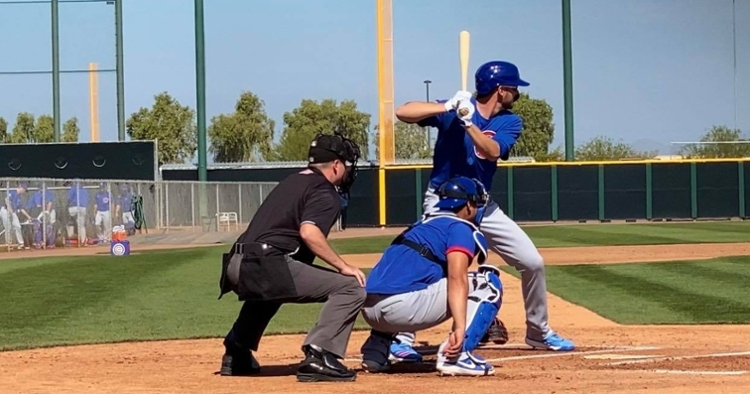 Kris Bryant is ready to roll.

Bryant had a private meeting with Theo Epstein talking about the offseason on Tuesday and the former MVP is excited for the upcoming baseball season as a member of the Chicago Cubs.

Bryant told the media that he realizes the disappointment in terms of wins and losses during the last two years for everyone involved with the organization.

"We know that we’ve completely failed the last two years and there’s no-nonsense this year," he said taking responsibility. "We’re strapping it on. We’re ready to go."

The Cubs believe they will be more disciplined and be ready to go this season under the new leadership of manager David Ross.

Time will tell but the players are saying the right things and appear to be putting in the work this spring.

Kris Bryant, asked if he believes he'll be with the Cubs for Opening Day after his conversation with Epstein:

Through the July 31 Trade Deadline?

Before the workout, Bryant found a bat that felt "really, really good." Naturally, Lester carved it in half in live BP.

KB: "My first swing of the whole season is a Jon Lester cutter up and in and I break my bat. But, I walked after that. So, I technically got him."