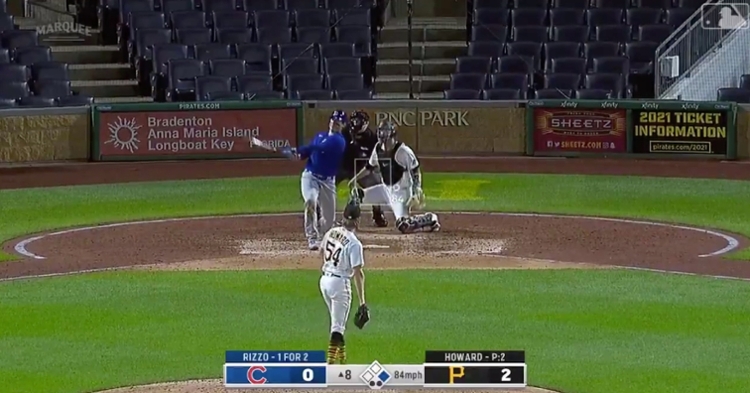 Rizzo's 10th dinger of the year, the two-run blast carried over the wall in the right field corner at PNC Park. Willson Contreras, who singled in the previous at-bat, scored as a result. Sam Howard, a left-handed specialist, was brought in to pitch to the left-handed Rizzo, and, instead of getting out of the inning, he coughed up the lead. The round-tripper was Rizzo's first of the season off a lefty and the Cubs' first long ball since Aug. 13.