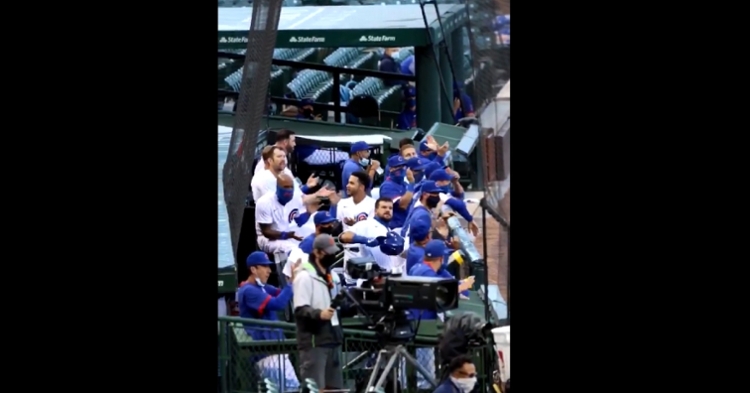 The Chicago Cubs have consistently clapped along to one of Anthony Rizzo's catchy walkup tunes this season.

CHICAGO — Chicago Cubs first baseman Anthony Rizzo is known for his catchy walkup songs, particularly "Intoxicated" by Martin Solveig. With no fans present at games right now, MLB players, managers and coaches have to generate their own excitement, and "Intoxicated" has been a source of fun for the North Siders this season.

On Tuesday, with the Cubs playing the Kansas City Royals at Wrigley Field, the Cubs in the dugout clapped in unison as "Intoxicated" was played over the loudspeakers with Rizzo stepping up to the plate. Rizzo is the unofficial DJ of the Cubs' clubhouse, as his eclectic musical tastes have resulted in him typically picking the music that is played in the locker room. Evidently, "Intoxicated" is a team favorite.