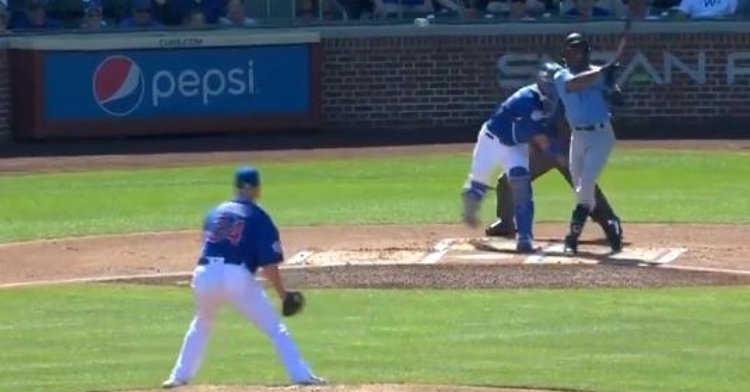 Contreras has an elite arm to throw out runners

The Chicago Cubs hope to play better defense in 2020.

One of the keys to a successful defense is the backstop position as the Cubs have standout Willson Contreras.

During Sunday afternoon's game against the Mariners in the first inning, Contreras showed off his rocket arm by gunning down the baserunner J.P. Crawford trying to steal at second base.

The play wasn't even that close even with Jon Lester, not a threat to throw over to hold runners at first base.

Check out Willy's throw below:

Contreras has thrown out two runners on steal attempts in the first three innings, the latter with the help of a quick tag by Baez