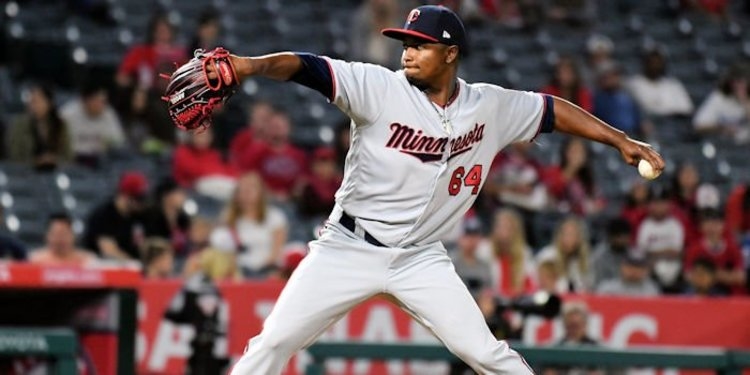 The Chicago Cubs have optioned lefty reliever Randy Rosario to Triple-A Iowa on Friday according to multiple reports.

During spring training, Rosario appeared in seven games going 7.3 innings giving up seven hits, three earned runs including a homer, and six strikeouts with a 3.68 WHIP and 1.64 WHIP.

Cubs manager Joe Maddon announced on Friday that the Cubs will carry eight relievers and 12 position players to start the season. One of the more interesting roster questions left for spring is whether Chris Gimenez or Victor Caratini will occupy the backup catcher position for the North Siders.

Rosario, 23, combined to go 1-0 with one save and a 3.84 ERA (26 ER/61.0 IP) in 34 relief appearances last year between Single-A Fort Myers and Double-A Chattanooga. He struck out 48 batters and walked 23 in 61.0 innings. With Chattanooga, he limited left-handed hitters to a .169 batting average against. Rosario turned in a 0.66 ERA (1 ER/13.2 IP) in six relief outings with Chattanooga in May to earn his first big league call-up on June 1 but allowed eight runs in 2.1 innings (30.86 ERA) covering two relief appearances and returned to Chattanooga on June 10.

A native of Nagua, Dominican Republic, Rosario originally signed with the Twins as a non-drafted free agent on November 20, 2010. He has gone 18-22 with two saves and a 3.37 ERA (132 ER/352.2 IP) in 107 minor league appearances (55 starts) covering the last seven seasons in the Twins minor league system.