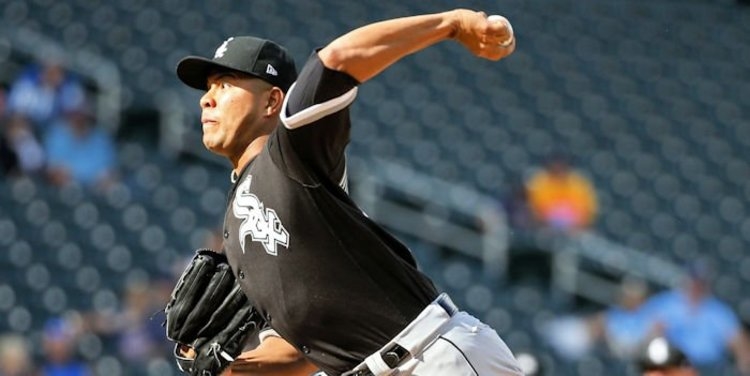 Quintana, 28, was acquired from the Chicago White Sox yesterday for four minor league prospects. A 2016 All-Star, he is 50-54 with a 3.51 ERA (412 ER/1,055.1 IP) in 172 major league appearances, all but three as a starter, the last six seasons with the White Sox (2012-17). He has made 32 or more starts while reaching 200.0 or more innings in each of the last four campaigns. Among qualifying pitchers starting in 2013, Quintana has received the second-lowest run support average in the American League while recording the second-most quality starts (95) in the A.L. in that span.

Last season, Quintana went 13-12 with a 3.52 ERA (74 ER/208.0 IP) in 32 starts, earning his first-career All-Star nod. He set career highs in innings pitched, strikeouts and wins while limiting foes to a .246 batting average, .295 on-base percentage and .393 slugging percentage, good for a low .698 OPS against. His batting average against to both sides of the place was nearly identical, as right-handed batters hit .247 and lefthanders hit .246. Quintana received Cy Young votes at the end of the campaign and went on to pitch in the 2017 World Baseball Classic for Colombia.

The Arjona, Colombia native has gone 4-8 with a 4.49 ERA (52 ER/104.1 IP) in 18 starts for the White Sox this season, averaging better than a strikeout per inning for the first time in his career (109 strikeouts in 104.1 innings pitched), and remains on pace for his fifth-consecutive 32-plus start, 200.0-plus inning season in his career.