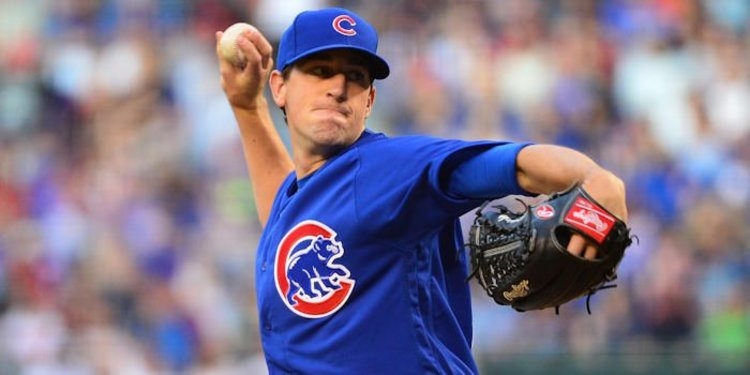 The 'Professor' is not in session.

Cubs starter Kyle Hendricks has strep throat and will miss his Tuesday start in a minor league game to stay on schedule for the regular season. However, it shouldn't be too serious as he has enough time to have a final tuneup start this weekend before his start behind Jon Lester on March 30.

Don't fret about Hendricks not being ready to kick off the season as he has 21 strikeouts with zero walks in 15 innings this spring.

This offseason, Hendricks agreed to a one-year deal worth $4.175 million so the team would avoid an arbitration case with him. It appears that the Cubs got a good deal with Hendricks as MLBTR had a projection of $4.9 million salary in 2018 for Hendricks.

The Texas Rangers drafted him in the 8th round of the 2011 MLB draft.