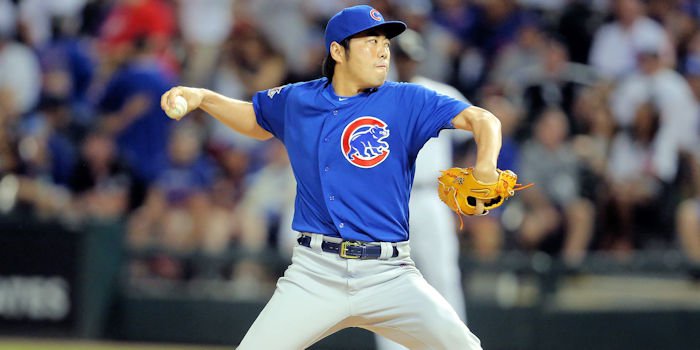 Cubs veteran reliever Koji Uehara left Tuesday night's game in the seventh inning against the Giants with a stiff neck. He told reporters after the game that he will take today's game off, rest on the off-day on Thursday, and should be ready to go on Friday.

"No, not at all," Uehara said to reporters about being concerned with the injury.

Maddon knew something was wrong with Uehara on Tuesday night.

"From his very first pitch, I knew something was wrong," manager Joe Maddon said. “He just looked awkward, the way he walked that first hitter. He never does that. He never misses by that much. Sent out ‘Boz’ to talk to him, he said he was fine. And then I could see on the next pitch it was not fine."