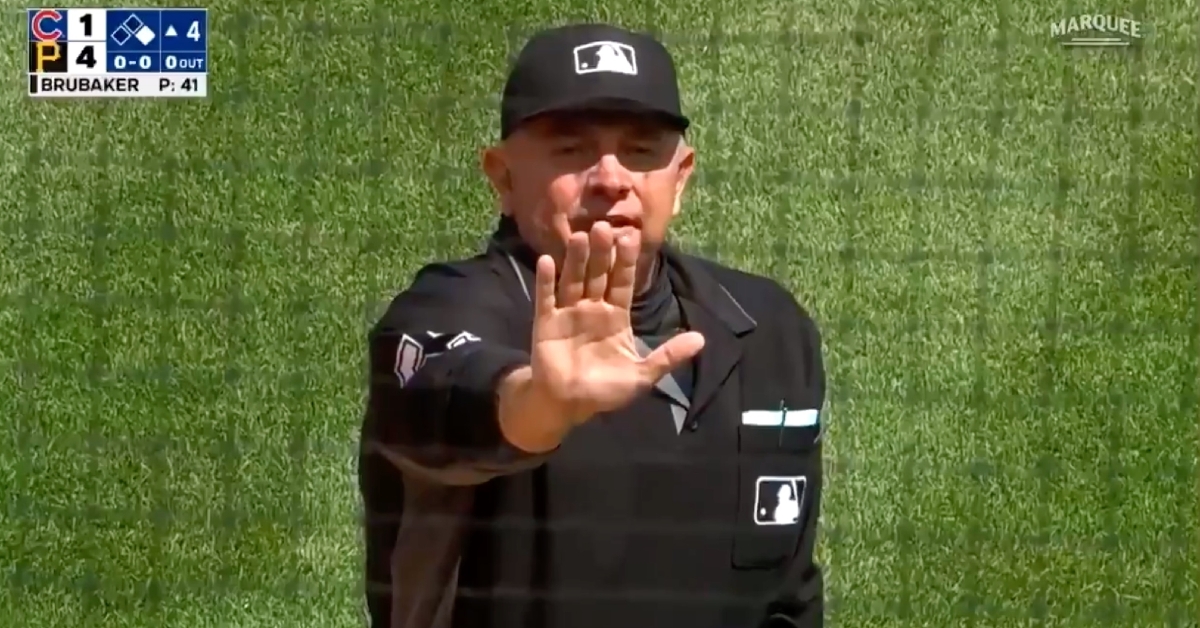 PITTSBURGH — After Chicago Cubs third baseman Kris Bryant was hit by a pitch on Sunday, Cubs catching coach Mike Borzello was ejected by home plate umpire Greg Gibson for chirping from the dugout. The Cubs have already been hit by a slew of pitches this season, including catcher Willson Contreras getting beaned in the inning that preceded Bryant's aforementioned HBP.

Pittsburgh Pirates starter JT Brubaker plunked Bryant's elbow guard in the top of the fourth, and Gibson immediately called the umpires in for a discussion that likely centered around how to address any future HBPs in the contest at PNC Park. Gibson took umbrage with Borzello's barking and wasted no time in tossing him. Cubs manager David Ross attempted to discuss the ejection with Gibson but was waved off. It was not initially clear who had been ejected, but it was announced between innings that Borzello had been thrown out.