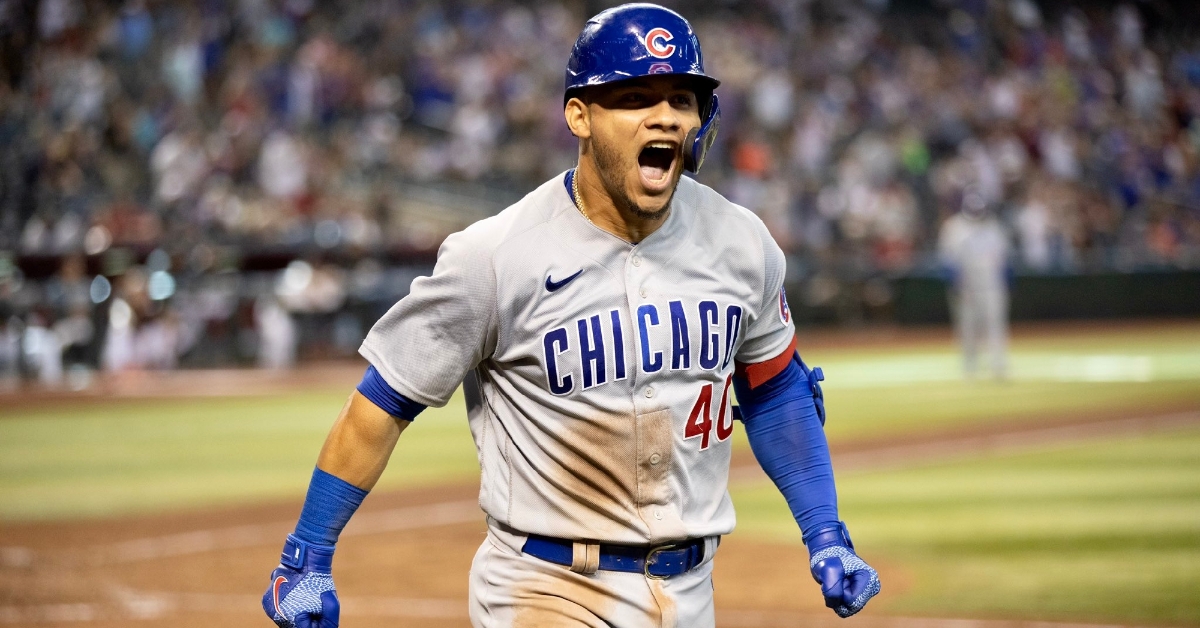 With two outs in the top of the ninth, Willson Contreras lofted a go-ahead two-run homer just inside the left field foul pole. (Credit: @Cubs on Twitter)

PHOENIX — Down to their final out on Saturday, the Chicago Cubs rallied against veteran reliever Joakim Soria and took a two-run lead over the Arizona Diamondbacks after trailing by one run. Second baseman Nico Hoerner began the ninth frame at Chase Field by popping out to second base, and left fielder Ian Happ struck out looking thereafter.

Center fielder Rafael Ortega then swung at the first pitch thrown to him and smacked a double to right field. Catcher Robinson Chirinos pinch hit for reliever Rex Brothers and also made contact on the first pitch, sending a game-tying RBI single into left-center field.

With the score tied at 2-2, catcher Willson Contreras whiffed at the first pitch of his at-bat but then lifted a 92.8-mph four-seamer out to left field. The go-ahead two-run homer, which was not even fully captured by the television broadcasts of the game due to technical difficulties, sailed just inside the foul pole, and Contreras was fired up as he rounded the bases.

Contreras' 14th dinger of the season, the towering 404-footer was powered off the bat at 105.3 mph and 31 degrees. Shortstop Sergio Alcantara, who pinch ran for Chirinos, was plated via the two-run jack, which increased Contreras' 2021 RBI total to 33.

Soria remained in the game after having a save opportunity fall apart in a span of just four pitches. He proceeded to hit first baseman Anthony Rizzo with a pitch before getting shortstop Javier Baez to fly out. Enough damage had been done for the Cubs to come away with a 4-2 win, though, as closer Craig Kimbrel finished the Diamondbacks off in the bottom of the ninth. Kimbrel now has 369 career saves and is in sole possession of ninth place on MLB's all-time saves leaderboard.