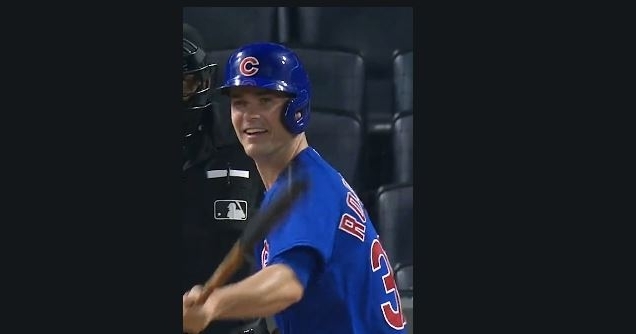 Robertson finally got a major league at-bat after 14 years

Robertson had the first career at-bat of his career during the ninth inning of the ball game. He had waited 695 career games to get an at-bat which is fourth most of anyone in history.

“I don’t know if I’ll ever get another opportunity, so I’m glad I did and made my dream come true,” Robertson said to the media following the game. “Even though I struck out.”

Check out his at-bat below:

With the #Cubs up 14-1 and a shortstop on the mound, veteran pitcher David Robertson takes his first ever MLB at-bat in his 696th career ballgame.

This is fun and FUN is what baseball is all about.@Cubs #GoCubsGo pic.twitter.com/QW91esfI36

14 seasons.
695 appearances.@DRob30 finally gets his chance in the batter's box. pic.twitter.com/d9uXeCcPhx