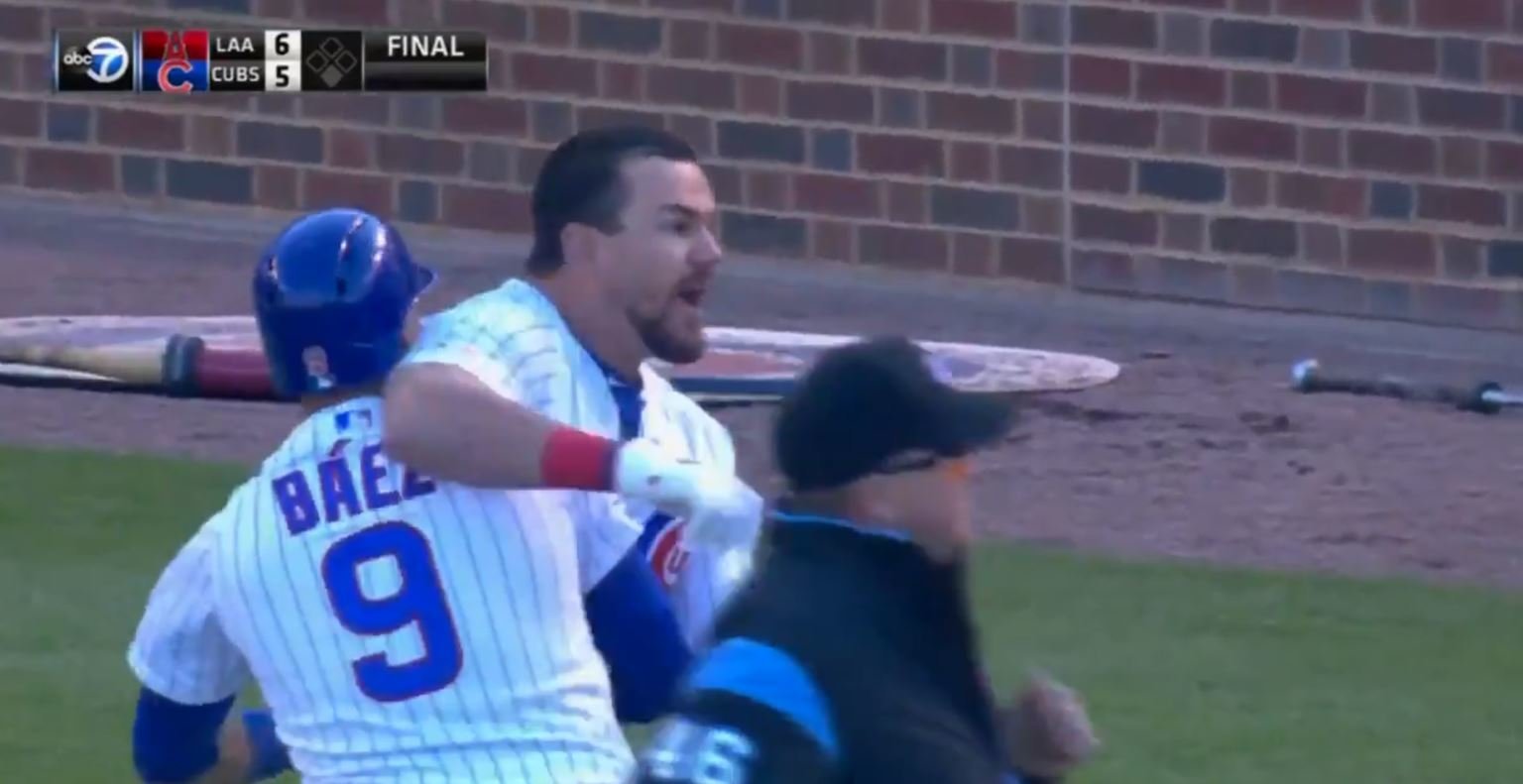 Kyle Schwarber lost his cool after getting called out on a checked swing to end the game. (Credit: Patrick Gorski-USA TODAY Sports)

CHICAGO, Illinois – Facing a full count with two outs and the Chicago Cubs trailing the Los Angeles Angels by one run in the bottom of the ninth, Cubs left fielder Kyle Schwarber attempted to check his swing on what would have been ball four to load the bases. However, the third-base umpire did not let Schwarber slide on what was a very close call and ruled that he went around for the third strike and final out of the ballgame.

Schwarber did appear to have perhaps swung the bat around directly out in front of him, which is enough to be considered a swing, but it was certainly a call that could have gone either way. Regardless, Schwarber assumed that he had held up and began to take of his batting gear before trotting to first base. Much to Schwarber's chagrin, the third-base umpire took matters into his own hands and called Schwarber out to hand the Angels a 6-5 win.

From there, the situation escalated, with the usually mild-mannered Schwarber screaming obscenities at the umpire, who, despite the game being over, ejected Schwarber from the contest. Several Cubs had to hold Schwarber back and calm him down as he attempted to confront the umpire over what he perceived to be a bad call. Schwarber was also likely upset over the Cubs' ninth-inning rally coming to an end on something as deflating as a questionable checked swing, which made for a unsatisfying ending to an otherwise thrilling game.