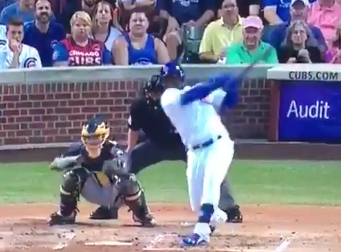 Cubs outfielder Jorge Soler smashed a three-run home run in the first inning to put the Cubs up 5-0 against the Milwaukee Brewers.

The long homer was projected to go 450 feet and had an exit velocity of 106.9 MPH according to statcast.

#SolerPower!@JorgeSoler68 cranks a three-run shot for a 5-0 #Cubs lead in the 1st! #LetsGo pic.twitter.com/qDZoCHgGfh