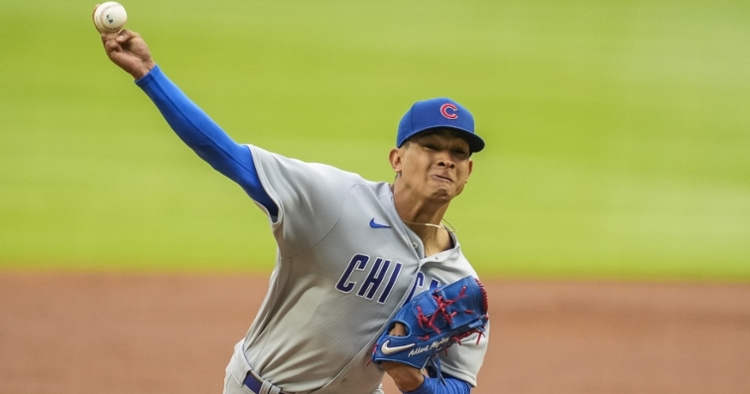 ATLANTA — Snapping a five-game losing skid in demonstrative fashion, the Chicago Cubs (11-14) took a first-inning lead and remained in front the rest of the way on Thursday. The North Siders topped the Atlanta Braves 9-3 at Truist Park in the final meeting of the season between the two clubs, with the Cubs avoiding suffering their first series sweep of the season. While Chicago won the finale of the four-game set, Atlanta won the seven-game season series 5-2.

Adbert Alzolay gave up two runs in a solid six-inning start that included six strikeouts. Bryse Wilson, on the other hand, faltered in his start for the Braves, getting taken for runs in three innings and causing one run to score via an embarrassing balk. Willson Contreras, Matthew Duffy and Kris Bryant hit three consecutive singles in the first frame, with Bryant's base knock plating Contreras for the game's first run. Duffy went on to score from third when Wilson slipped during his windup, resulting in a balk.

In the second inning, Alzolay recorded his first career hit with a single. He allowed two men to reach base in the bottom half of the inning but struck out back-to-back batters to end the inning. Following a leadoff walk of Duffy in the third, Bryant smacked a double that sent Duffy to third. Baez plated Duffy with a sacrifice fly, and Jason Heyward then hit an RBI single that pushed Bryant across. The Braves got on the board via an RBI single hit by Austin Riley in the fourth. Ozzie Albies crossed the plate to make the score 4-1.

Javy Baez swatted a leadoff triple that hit off the top of the wall in right to begin the fifth inning. Heyward enabled Baez to score with a double that ricocheted off the first base umpire and carried down the right field line. Heyward scored soon afterward on an RBI single off the bat of Nico Hoerner. Marcell Ozuna started the bottom of the sixth with a 479-foot moonshot off Alzolay, and Jake Marisnick hit a leadoff homer of his own off Nate Jones in the ensuing inning. Marisnick's dinger traveled 412 feet.

Jake Marisnick converts the extra point and makes it 7? runs for the @Cubs!#MLBNShowcase pic.twitter.com/XeO4UsTSp5

Later in the seventh, Duffy scored Eric Sogard by way of an RBI single. Ryan Tepera gave up an RBI base hit to Ronald Acuna Jr. in the bottom of the seventh, with Riley coming home on the play. Andrew Chafin relieved Tepera after that and wasted little time in drawing an inning-ending double play. Nico Hoerner led off the ninth with a single and eventually scored on a sacrifice fly hit by Willson Contreras. Craig Kimbrel, a former Brave, finished off the 9-3 win in the bottom of the ninth. Anthony Rizzo led the Cubs at the plate with three hits on the evening.