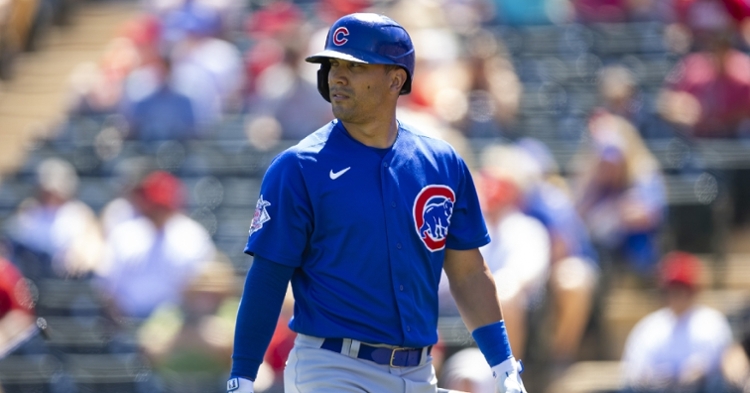 Thursday's haven't been too kind for the Cubs this Spring as all three of their losses have come on that day. After dropping a pair of games last Thursday to open Spring Training, the Cubs have gone a week since without dropping a game as they have had four wins and a couple of ties mixed in.

Hoping to keep their momentum going, the Cubs traveled to the Angels Spring Training Facility, where they met a familiar face in Joe Maddon in his squad. For the most part, the Cubs continued to play well as they grabbed an early, battled back to retake the lead then saw things tied with two innings to go. That was until the Angels were able to push a late run across against Jonathan Holder as the Cubs fell 5-4 for their first loss in a week.

Making his second start of the spring was Justin Steele, as he opposed former Cincinnati Reds swingman, Michael Lorenzen. Steele is looking to solidify a spot in the back of the Cubs rotation and delivered a scoreless two-inning out with two walks and two strikeouts.

For Lorenzen, things didn't go as smoothly as Steele with Andrelton Simmons picking up a one-out single to put a runner on base. Two batters later, it was Yan Gomes ripping a double to left as the Cubs took a 1-0 lead.

Moving to the third and with Lorenzen still on the mound, the Cubs offense continued to go to work, making life difficult for the right-hander. A leadoff error by Lorenzen allowed Andy Weber to reach base before Rafael Ortega worked a walk to put a pair of runners on base. Looking to get out of a jam, Simmons grounded into what looked like a double play, but another error allowed Weber to score to double the lead 2-0. One batter later was Patrick Wisdom connecting for an RBI single to left as the Cubs chased Lorenzen with a 3-0 lead.

A scoreless third inning by newly acquired Chris Martin kept the Cubs in front, but it all started to unravel in the bottom of the fourth with Adrian Sampson making his spring debut. Anthony Rendon led things off with a double, followed by a costly Reggie Preciado error in the field. Brandon Marsh kept the inning moving with an RBI double to put the Angels on the board before the Jo Adell sacrifice fly pulled the Angels within 3-2.

Things continued to be a struggle for Sampson in the fifth, with Austin Romine leading things off with a single and advancing to second after a Shohei Otani walk. Singles by Jake Gatewood and Marsh later in the inning kept the line moving for Los Angeles, and just like that, the Angels took a 4-3 lead after trailing most of the early portion of the game.

With Locke St. John now pitching, the left-hander pitched into sixth inning trouble but managed to find a way to pitch out of trouble as he stranded a pair of Angel runners on base to keep things 4-3. That seemed to give the Cubs offense confidence in the seventh, with Brennen Davis leading things off with a walk before reaching third base later in the inning.

With Ortega working a one-out walk to put a pair of runners on base, the Cubs were one hit away from tying things up and got that hit from James Triantos as his single through the middle brought things back to even 4-4.

The Cubs were unable to push more across, with Chase Strumpf and P.J. Higgins flying out to strand the remaining two runners.

On to pitch, the seventh was Holder, who was greeted rather rudely. After retiring the first two hitters, Taylor Ward made Holder pay for a missed location as he crushed a solo shot over the left-field fence to put the Angels back in front 5-4.

That would be how things would end as the Cubs were retired in order the next two innings and saw their first loss since the first spring game.