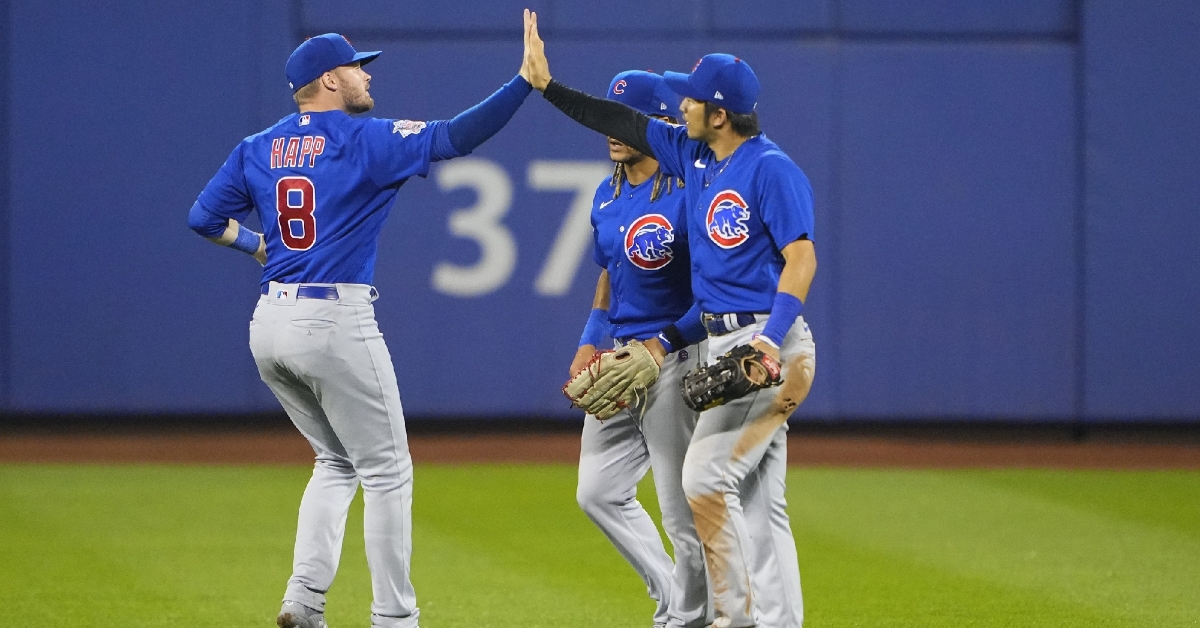 NEW YORK - Baseball is a funny game, isn't it? After suffering another losing homestand over the weekend, the Chicago Cubs (59-82) hit the road to take on the NL East-leading New York Mets (89-53) at Citi Field. What a difference a year makes, or in this case, a manager, as the Mets were a middle-of-the-pack team for the past several seasons only to have Buck Showalter come in and change that narrative.

Add in a front office that spent a ton of money, while also trading for some key pieces, and it's no surprise that the Mets are in the position they are in. Looking to start this road trip on a positive note, the Cubs sent the rookie Javier Assad to the mound as he faced off with Chris Bassitt. Going back to 2019, Bassitt has been one of the best pitchers in the game, posting a 40-18 mark with a 3.04 ERA.

You wouldn't have guessed it on Monday night as the Cubs rocked Bassitt for five earned runs in what may have been his worst start of the season. Add that to Assad and his six innings of one-run ball. It proved to be the difference as the Cubs took down the Mets 5-2. Assad was brilliant over those six innings as he struck out six to pick up his first career win, while lowering his ERA to 2.53.

You have to give Assad some credit for how he battled early in the game, especially in the first inning. Not only did Francisco Lindor pick up a single, but Assad walked a pair of hitters to load the bases. He then recorded an inning-ending strikeout of Mark Chana as that was the momentum swing the Cubs needed.

After not allowing a home run over his last eight starts, the Cubs touched Bassitt up not once, but twice over the next two innings. First, it was Rafael Ortega drilling a solo shot in the second for the 1-0 lead before Zach McKinstry got every bit of a Bassitt fastball in the third to make things 3-0 Cubs.

That won't be an issue tonight. pic.twitter.com/SgShJyc42y

That hit proved to be the game-winner and would have been enough for the offense, but they were not done as they continued to make noise in the fourth.

A lead-off walk by Ian Happ got the inning started before an errant pick-off throw helped move him to second. Now standing on third, Ortega came through again as his RBI single made things 4-0. Alfonso Rivas added an RBI single later in the inning to cap off the scoring for the Cubs, but they still led 5-0.

It took the Mets offense a while to get going, but they finally solved Assad in the fourth. Singles from Chana and Eduardo Escobar helped set the offense up while James McCann rolled one through the hole at third to give the Mets their first run of the game. That would be it for a while for New York as Assad retired seven of the next eight hitters he faced to secure the six-inning start and his first quality start as a pro.

Still holding that lead in the eighth, the Cubs started the inning in a big way as McKinstry, and Seiya Suzuki picked up singles to put a pair on base and no outs. Following a costly double play that killed a rally, the Cubs saw their rally end as Mychal Givens did what he had to do to work out of a jam.

Speaking of a jam, the game-changing moment came in the bottom of the eighth when the Mets had a golden opportunity to strike back. With Mark Leiter Jr still on the mound, Jeff McNeil used an infield single to reach first base, followed by David Ross going to Manny Rodriguez out of the pen. One pitch into his outing saw Pete Alonso smoke one to left for a single while a walk shortly after loading the bases with no outs.

In desperate need of an out, Rodriguez came through with a massive strikeout, giving way to Brandon Hughes, who finished off the inning with a pair of flyouts. Hughes then came back out to pitch the ninth and allowed a Lindor homer to make things 5-2. That would be it for the Mets and their offense as Hughes locked things down for his fifth save and preserved the win.

The Cubs had seven hits in the game, with McKinstry, Suzuki, and Ortega having two-hit games. Rivas added the final hit in the win as the Cubs needed that win to boost their confidence.