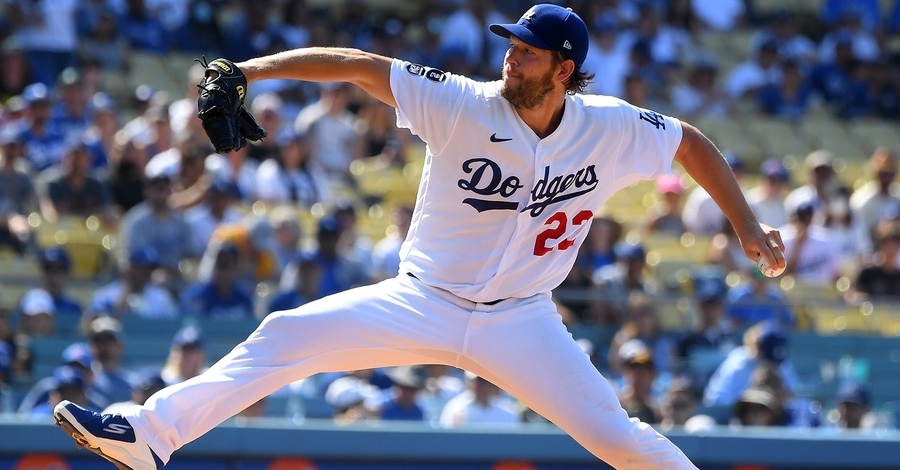 LOS ANGELES — A dominant eight-inning performance by Clayton Kershaw made for a lackluster performance at the plate by the Chicago Cubs (42-36) on Sunday. Winning the series final to take 3-of-4 at Dodger Stadium, the Los Angeles Dodgers (47-31) scored six runs off Adbert Alzolay in the second inning and controlled the rest of the game. A solo shot by Javy Baez provided the Cubs with their only run of the evening, as the Dodgers recorded a comfortable 7-1 victory.

After walking Cody Bellinger with one out in the first, Alzolay fielded a comebacker off the bat of Justin Turner and started a 1-4-3 double play, which ended the inning. A hit by pitch and two walks resulted in the Dodgers loading the bases with no outs in the second. Zach McKinstry then smacked his first career grand slam with a shot to right, plating Matt Beaty, Chris Taylor and Gavin Lux. Mookie Betts reached with two outs due to a throwing error committed by Baez, and Bellinger, who hit a walkoff bomb on Saturday, followed that up with a two-run blast to right.

Saw you last night but did it broad day. pic.twitter.com/DcoTBd0QTp

Patrick Wisdom led off the third with a single and advanced to second on a rare balk by Kershaw. However, Kershaw tabbed three straight strikeouts after giving up the leadoff base knock, leaving Wisdom stranded. Alzolay struck out Kershaw with two outs and runners at the corners in the third, and Baez took Kershaw deep with a two-out dinger to right in the fourth. Former Dodger Joc Pederson doubled after Baez went yard, but Kershaw then fanned Jake Marisnick.

Anthony Rizzo grounded out in the top of the fourth and did not take the field in the bottom of the fourth, with the Cubs later announcing that he was pulled because of left lower back tightness. As a result, Wisdom moved from third to first, and Eric Sogard moved from second to third. Sergio Alcantara entered to play second, taking over Rizzo's spot in the batting order. Tommy Nance pitched the fourth, and Turner doubled off him with two away. Nance then drew a groundout from Beaty.

A successful Dodgers challenge nullified a great defensive play by Sogard in the fifth and provided Taylor with a leadoff infield single. Lux then grounded into a fielder's choice. Thanks to a steal and a wild pitch, Lux made it around to third but did not score. Nance gave up a triple to Betts in the sixth, and a sacrifice fly hit by Bellinger to deep right enabled Betts to score. Kershaw walked Baez to begin the seventh. However, Pederson proceeded to ground into a double play.

Rex Brothers tossed a 1-2-3 seventh, and Kershaw wrapped up his spectacular outing with a scoreless eighth, finishing with 13 strikeouts. Brothers sat the Dodgers down in order again in the eighth, and the Cubs also went down in order with Phil Bickford pitching the ninth. The Dodgers' 7-1 win served as the Cubs' third loss in a row after throwing a combined no-hitter in Thursday's series opener. With six games remaining of a 10-game road trip, the Cubs are 4-6 in their last 10 contests.