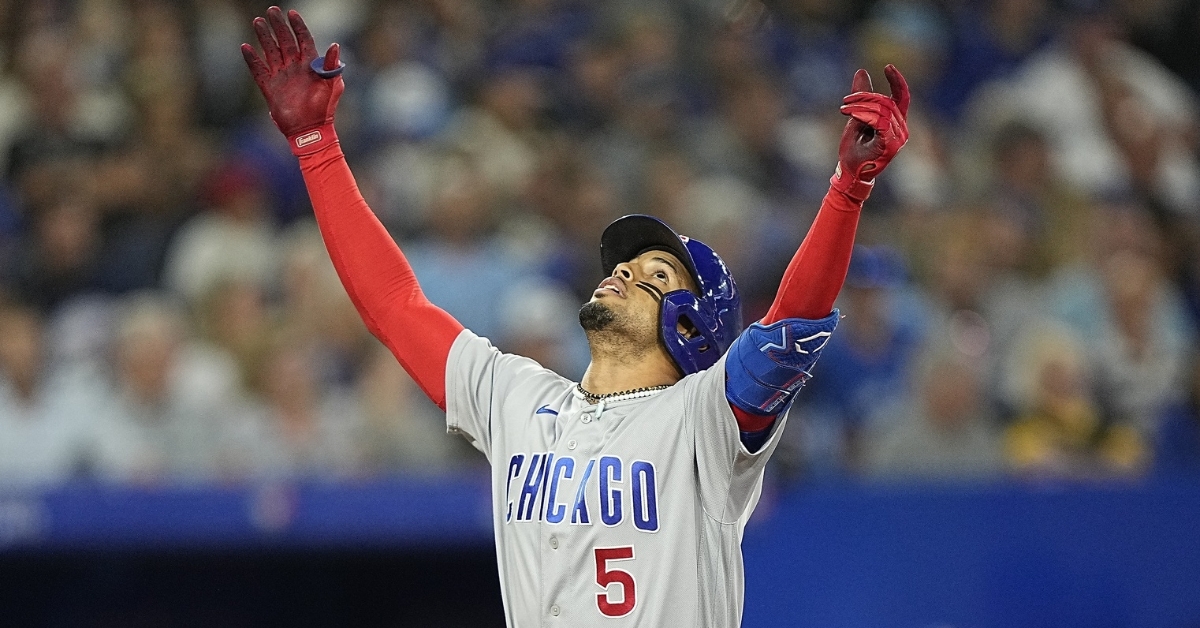 TORONTO - Tuesday was an emotional night for Chicago Cubs (55-75) starter Marcus Stroman as he returned to the Skydome for the first time since being traded from the Toronto Blue Jays (70-58). There were some hugs, smiles, and gratitude as the right-hander delivered for seven seasons in Toronto.

Once the dust settled, a baseball game still needed to be played and one that the Cubs would have loved to win for Stroman. With Toronto fighting for their playoff lives at this point, every win from here on out is crucial as they turned to Kevin Gausman on the mound. The big free agent pickup by the Jays continues to deliver as he allowed two runs on five hits through six innings while striking out six hitters. Although he left trailing, the Blue Jays offense picked him as Teoscar Hernandez unloaded on Brendon Little for the game-winning three-run shot as the Blue Jays came from behind again 5-3.

Despite a rocky first inning for Stroman that saw the Blue Jays load the bases, the right-hander was good as he gave the Cubs five innings of one-run ball to give them a chance. Ideally, you want a bit more length out of him, but you will take what you can get right now, as he did a great job calming the nerves and getting out there to pitch.

With limited action through three innings apart from the busy first inning for Toronto, the Cubs took the lead first, waiting until the fourth inning to do so. One inning after Gausman struck out the side, the hobbled Willson Contreras got into one and rode it out to left field to put Chicago on top 1-0.

Contreras would be lifted from the game two innings later as you could visibly see how much pain he was in just trying to run to first base.

After allowing a pair of hits in the first inning, Stroman settled in nicely and put together a string of very good innings. That was until the fifth, when he ran into some trouble again as a hit by a pitch and a walk paved the way for Vladimir Guerrero Jr, who singled home Danny Jansen to tie things up 1-1. Stroman would hold the Blue Jays to just one run in that inning as he left with a tie-ball game and a chance to win.

The Cubs further helped him with that chance in the top of the sixth when Christopher Morel unloaded for the Cubs second homer of the night and put Chicago back in front 2-1.

That would be the last of their leads as the Toronto offense was about to pick up in a big way as David Ross had to dive into his bleeding bullpen with Little making his Major League debut first.

That was the break the Blue Jays offense needed as it was about to become a very long night for the Cubs and their pen yet again. Not only did he hit the first batter he faced, but Little then allowed a Matt Chapman single to put two runners on. The next batter was Hernandez, and with one swing, the Blue Jays took the lead for good as he mashed his 19th homer to give Toronto the 4-2 lead. Little was later lifted for Michael Rucker, who stopped the bleeding there, but the damage was done.

With the lead, it was time for the Blue Jays pen to take the mound, with David Phelps getting the ball first. Phelps made quick work of the first two hitters he faced before a pair of walks kept the inning alive. That was followed by a Morel RBI double to bring the Cubs within 4-3 as Chicago continued to show the great fight they have shown all season. That would be as close as the Cubs would get as Rucker served up the Guerrero Jr homer to begin the bottom half of the seventh, helping the Blue Jays grab the 5-3 lead.

Hoping to hold Toronto there, Jeremiah Estrada was called on to pitch the eighth as he was also making his big league debut. After an impressive run with Iowa earned him this call-up, Estrada went out to show how good his stuff can be as he walked one and struck out a pair in his inning of work.

Needing a pair of runs to tie things up against Jordan Romano, Nelson Velazquez was hit by a pitch to bring the tying run to the plate, only for the Cubs to come away empty in the end. Seiya Suzuki and Morel led the offense with two hits as the Cubs had seven hits as a team.