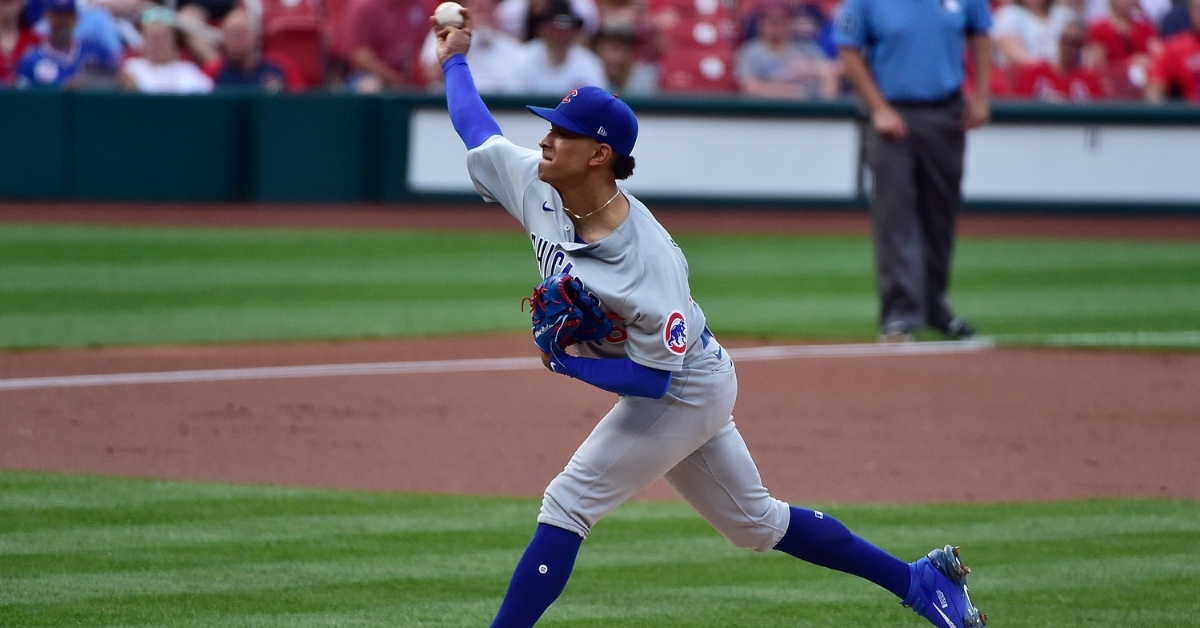 ST. LOUIS – A bad throw made by Yadier Molina on Friday helped the Chicago Cubs (23-22) score a go-ahead run that gave them a lead they did not relinquish. On Saturday, Molina scored a go-ahead run of his own, giving the St. Louis Cardinals (26-19) a lead that they held onto the rest of the way. Molina spoiled an otherwise great start by Adbert Alzolay with a leadoff home run in the bottom of the seventh, resulting in the eventual final score of 2-1 at Busch Stadium.

The Cubs' lone run of the night came in the first frame, when an RBI single by Javy Baez put the North Siders up 1-0. Miles Mikolas made his season debut – and first appearance since 2019 – on the mound for the Redbirds. Joc Pederson went yard in the first plate appearance of Friday's tilt, but he was plunked by a pitch from Mikolas to begin Saturday's action. Willson Contreras moved Pederson to second with a single, and a fielder's choice coming on an Anthony Rizzo grounder placed runners on the corners with two outs. Baez then smacked an RBI base knock to left, bringing Pederson home. Mikolas settled into the groove in the ensuing innings, including making a bare-handed snag of a comebacker hit by Nico Hoerner in the second.

Most people need a glove to play catch.

Following Baez's first-inning single, neither team placed a runner on base until Rizzo led off the fourth with a base hit to right that Lane Thomas nearly caught. Matt Duffy walked with two outs, but Hoerner then fouled out. The Cardinals wasted a one-out double by Paul Goldschmidt, which marked the first hit of the game for St. Louis, in the fourth. Molina ended the inning by flying out to deep left. Mikolas was forced to exit after experiencing forearm tightness while throwing warmup pitches prior to the start of the fifth inning. Daniel Ponce de Leon relieved him and tossed a 1-2-3 frame.

Edmundo Sosa tripled with two outs in the bottom of the fifth. He was nearly tagged out by Duffy on his slide into third but proceeded to score on an RBI single off the bat of Thomas. Following a steal of second by Thomas, Ponce de Leon struck out. Contreras drew a leadoff walk in the next inning and, after Genesis Cabrera took the mound, advanced to second on a wild pitch. Happ left Contreras stranded by striking out. In the seventh, Harrison Bader robbed Hoerner of a hit with a superb diving catch in center.

Lane ties it up! pic.twitter.com/24Wy4pdN4E

Molina lofted a solo shot to left shortly following the seventh-inning stretch. Sosa reached on an infield single with two outs, and Baez committed a throwing error on the play that enabled Sosa to cruise into second. Thomas then grounded back to Alzolay, ushering in the eighth inning. The top of the eighth featured Giovanny Gallegos giving up a one-out single to Kris Bryant and next walking Contreras. A Rizzo strikeout and a Baez flyout left both runners stranded.

To the couple that just got engaged in the stadium before Yadi's at-bat, consider this an engagement gift!#STLFLY pic.twitter.com/LDhiPdqXtn

After Keegan Thompson tossed a scoreless bottom half of the eighth, Hoerner kept the Cubs alive with a two-out infield single in the ninth. Hoerner hit a slow roller up the third baseline that third baseman Nolan Arenado argued was foul when he picked it up. However, the ball was ruled fair. Alex Reyes responded on the bump by forcing Nick Martini to fly out and end the game. With the Cubs falling 2-1, Sunday's finale of the three-game series will serve as the rubber match.