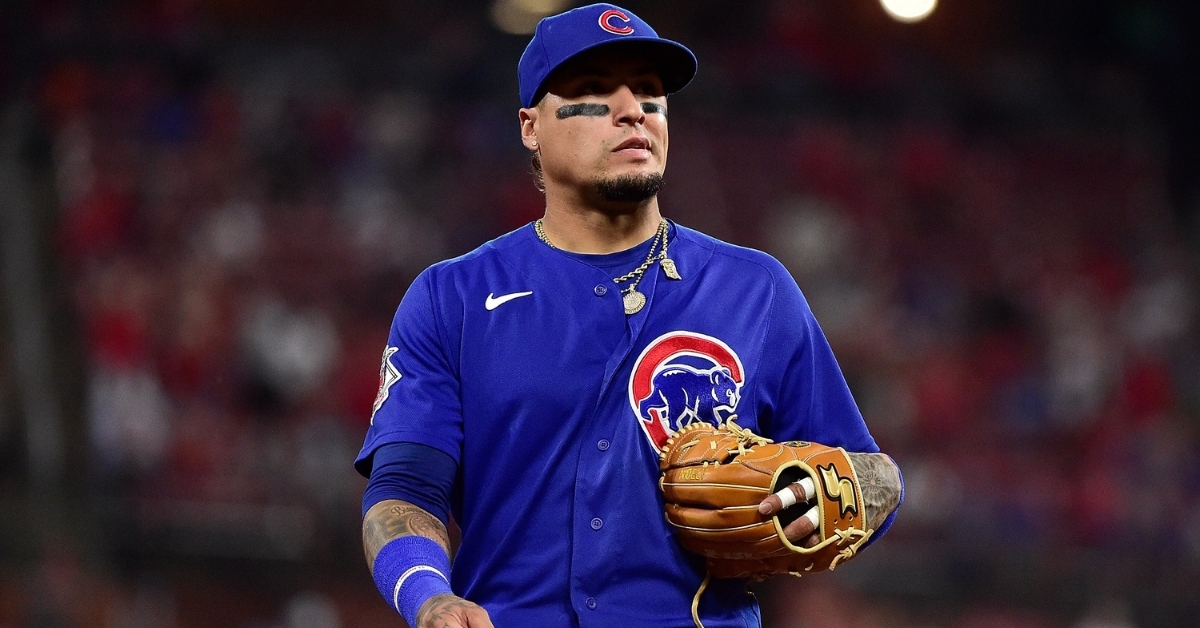 ST. LOUIS — Entering Monday's contest with identical records, the Chicago Cubs (46-48) and the St. Louis Cardinals (47-47) squared off at Busch Stadium in the opener of a four-game series, and the Cubs were essentially done in by one inning of atrocious defense. The North Siders committed four errors on the night, and three of them came in the four-run bottom of the fourth. Both clubs amassed nine hits at the dish, but the Redbirds took advantage of the Cubs' defensive gaffes and won 8-3.

The game began rather auspiciously for the Cubs, as Willson Contreras hit a leadoff double on the second pitch of the evening. He moved to second on an Anthony Rizzo groundout, but Javy Baez and Kris Bryant proceeded to strike out swinging. Jake Woodford started on the mound for the Cards and struck out six while not issuing any walks in 5 2/3 innings of one-run ball. Alec Mills toed the rubber for the Cubbies, and his start was marred by the aforementioned fourth-inning disaster. Five runs crossed the plate while Mills, who tallied six strikeouts, was on the bump, but only one of them was earned.

Ironically, a spectacular defensive play bailed Mills out right off the bat, as Dylan Carlson was robbed of a leadoff hit in the bottom of the first by a leaping Rafael Ortega. Ortega crashed into the center field wall while making a spectacular backhanded catch, and an appreciative Mills saluted him for it. In the second inning, Ortega hit a two-out single but did not advance beyond first base. After catching a fly ball hit by Rizzo to end the top of the third, center fielder Harrison Bader began the bottom of the third with a base knock. He took second on a sacrifice bunt by Woodford and scored on a hard-hit single to center by Carlson, which Mills ducked out of the way of.

The Cubs ended the third frame by converting a Paul Goldschmidt grounder into a a 6-4-3 double play. However, flashy defense was not a fixture of the ensuing inning. Following a strikeout of Matt Carpenter, Tyler O'Neill reached with one out due to a throwing error by third baseman Patrick Wisdom. Yadier Molina singled after that, with O'Neill reaching second, and Tommy Edman then drew a walk to load the bases. Baez then endured errors on back-to-back plays, as the shortstop enabled O'Neill to score by misplaying a ground ball hit by Paul DeJong. He then gloved a grounder off the bat of Bader but fired an errant throw to the plate, thus allowing Molina to score.

Mills struck Woodford out before walking Carlson, which forced Edman home. Then, Goldschmidt reached on a nubber that was scored as a single but was not exactly well played by the Cubs' infield. DeJong scored as a result of Goldschmidt's single, and the Cardinals batted around, with Carpenter concluding the inning by striking out again. Trailing 5-0, the Cubs responded with three consecutive singles to kick off the fifth, as Wisdom, Ortega and Eric Sogard loaded the bases with no outs. However, Ian Happ grounded into a 6-4-3 double play on a pitch thrown right down the pipe. Wisdom scored on Happ's ground ball, but Contreras then flied out.

Keegan Thompson relieved Mills to begin the home half of the fifth, in which he struck out a pair and retired the side in order. Rizzo tabbed a leadoff single in the sixth but was left stranded, with T.J. McFarland finishing the inning on the hill. Thompson gave up a couple of two-out homers in the sixth. The half-inning started with DeJong getting hit by a pitch, and Carlson plated DeJong with a two-run shot to right. Three pitches later, Goldschmidt crushed a 406-foot solo shot out to right-center.

Former Cardinal Patrick Wisdom led off the seventh with a lined shot into the left field bleachers. Andrew Miller gave up the dinger and was replaced by John Gant after walking Robinson Chirinos with two outs. Contreras flied out on Gant's second pitch, ushering in the stretch. Fresh off getting called up earlier in the day, Dillon Maples pitched in the majors for the first time since June 14. O'Neill singled off him to open the bottom of the seventh, but Molina then grounded into a 6-4-3 double play. An ensuing grounder from Edman resulted in the third out.

In the eighth, Rizzo swatted a leadoff double into the gap between right and center and scurried to third on a groundout by Sergio Alcantara. Alcantara replaced Baez, who went 0-for-3 on the night, in the lineup midway through the seventh, thereby snapping Baez's eight-game hitting streak. With one away in the eighth, Rizzo came home on a groundout by Bryant, making the score 8-3. Alcantara made a great play at shortstop to begin the bottom of the eighth. A grounder put into play by DeJong traveled past a diving Wisdom, and Alcantara fielded it with ease prior to firing an impressive throw to Rizzo at first.

Bader hit a one-out single off Daniel Winkler in the eighth and made it to third when Sogard, who was manning second base, suffered a throwing error after corralling a Carlson grounder with two away. Goldschmidt grounded out after that, stranding runners at the corners. Wisdom beat out a throw to first for a leadoff infield single in the ninth and ended up at third via the two groundouts that followed. Gant finished off the Cardinals' 8-3 victory by drawing a game-ending flyout off the bat of Chirinos.