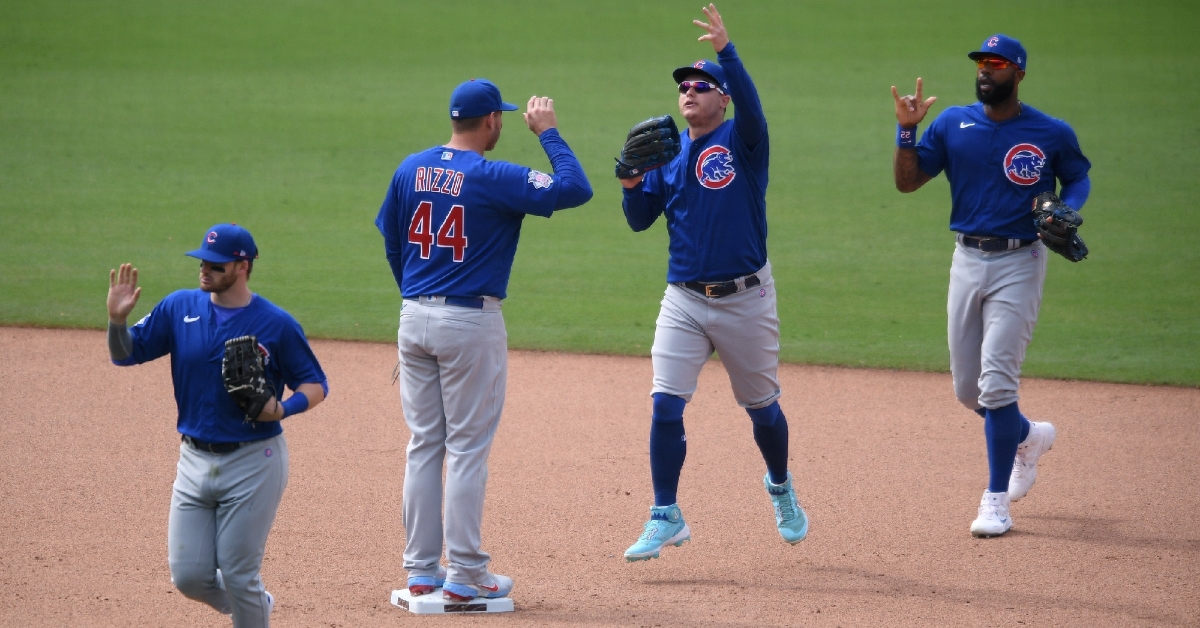 SAN DIEGO — The Chicago Cubs (35-27) had the upper hand over the San Diego Padres (37-27) in their first matchup versus Yu Darvish since he was traded to the Padres in the offseason. A pair of solo home runs by Joc Pederson and Sergio Alcantara contributed to the Cubs winning the low-scoring rubber match at Petco Park, with the North Siders winning 3-1 on Wednesday and taking 2-of-3 in the series. Jake Arrieta pitched five innings of one-run ball, and Chicago's bullpen dominated the rest of the way, retiring the final 15 San Diego batters. In their first West Coast road trip since 2019, the Cubs went 3-4.

Arrieta and Darvish, who pitched seven innings of two-run ball, combined for 14 strikeouts on the day and showed out on the mound in the early innings, with a runner not reaching scoring position until the bottom of the third. Darvish led off the home half of the third and stepped up to the plate with "Intoxicated" by Martin Solveig, Anthony Rizzo's highly recognizable walkup song, blaring over the loudspeakers. He proceeded to line out, but Tommy Pham then singled and stole second. An RBI single by Manny Machado plated Pham, which proved to be the Padres' lone run of the contest.

Pederson quickly evened the score again by leading off the fourth with a 424-foot blast out to right-center. Rafael Ortega began the fifth with a single and stole second before being called out upon further review. Shortstop Fernando Tatis Jr. swiped Ortega's foot, and a successful Padres challenge determined as much. Former Cub Victor Caratini, Darvish's batterymate, hit a leadoff single in the fifth. However, Arrieta then struck out three batters in a row, including Darvish, who continued using "Intoxicated" as his walkup song.

You can hear it a lot better before Yu's second at-bat, which was enhanced for TV a little. #Rizzo @Cubs #GoCubsGo https://t.co/zbVKSujfeq pic.twitter.com/bmNh4PEAH6

Darvish walked P.J. Higgins at the start of the sixth but went on to draw an inning-ending 6-4-3 double play, which Pederson grounded into. Happ drew a leadoff walk in the seventh and advanced to third on a base knock by Patrick Wisdom. Rizzo then grounded into a 4-6-3 double play, which resulted in Happ scoring and giving the Cubs the lead. Alcantara added an insurance run with his first home run of the season — and first as a Cub — in the eighth. In the wake of Rex Brothers and Ryan Tepera combining for three scoreless innings out of the bullpen, former Padre Craig Kimbrel earned a save by going 1-2-3 through the ninth and finishing off the Cubs' 3-1 victory.