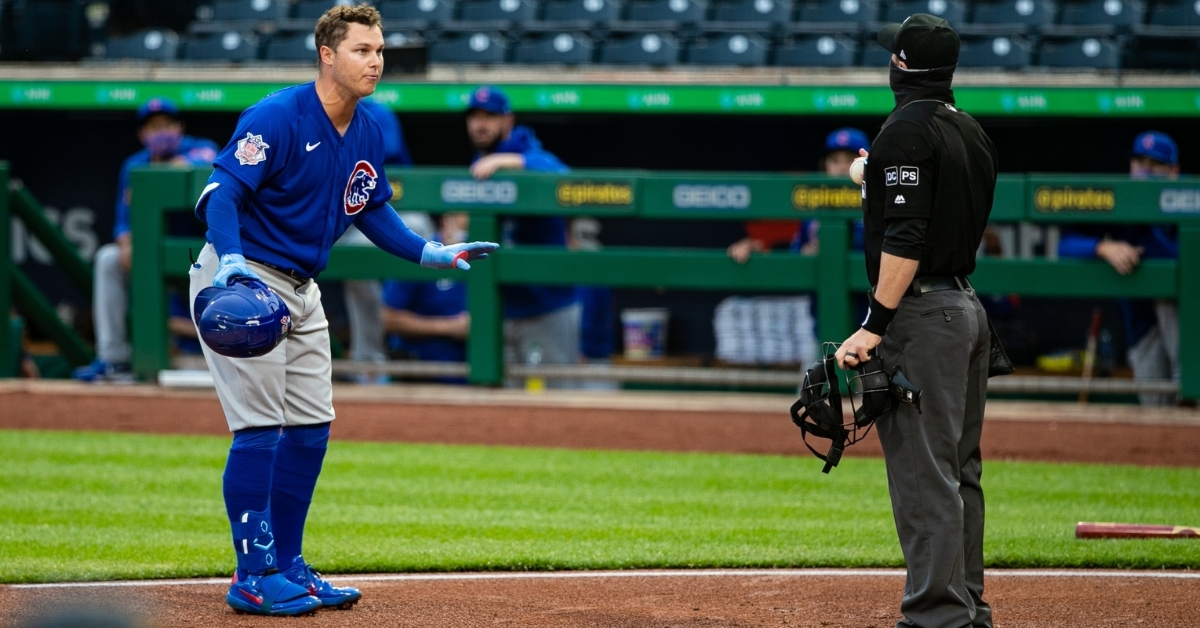 PITTSBURGH — On a gloomy, rainy Saturday night in the Steel City, the Chicago Cubs (4-4) gave up seven runs in the second inning and never recovered, losing 8-2 at PNC Park. The Pittsburgh Pirates (2-6) won for the first time since they beat the Cubs on Opening Day, racking up seven runs off Cubs starter Zach Davies, who put together the shortest start of his career, and winning comfortably. Rain began falling in the fifth inning and never let up entirely. However, the game continued without delay, and the Pirates earned a one-sided victory.

The Cubs jumped out to a 1-0 lead, with Kris Bryant smacking a double off Mitch Keller that one-hopped the wall in left-center and plated Pittsburgh native Ian Happ. Happ led off the game by drawing a walk. Bryant's two-out two-bagger scored the only run given up by Keller. Davies walked Colin Moran to begin the bottom of the second and then got taken for a double by Erik Gonzalez that ricocheted off Happ's outstretched glove in deep center.

KB loves hitting against the Pirates.

A two-run single by Jacob Stallings, which plated Moran and Gonzalez, gave the Pirates a lead that they did not relinquish. Adam Frazier brought Gregory Polanco home with an RBI double, and a ground rule double by Bryan Reynolds scored Keller and Frazier. Once the Buccos batted around, Moran hit an RBI single to drive in former Cubs prospect Phillip Evans. Alec Mills replaced Davies after that and finished the inning. Mills beaned Frazier to begin the bottom of the fourth, but a 6-4-3 double play helped him escape the inning without giving up any runs.

Well that was a fun inning. pic.twitter.com/VF6QBW5Oj6

David Bote led off the fifth with a single but was ultimately left stranded. Evans crushed a solo home run off Dillon Maples in the sixth. Erstwhile Cubs pitcher Duane Underwood Jr. tossed two scoreless innings for the Pirates. Willson Contreras stole second after leading off the eighth with a base knock. A bloop single by Joc Pederson that landed just inside the left field line scored Contreras with two outs in the inning. Jason Heyward cranked a leadoff double in the final inning. However, Michael Feliz pitched a scoreless ninth to wrap up the 8-2 Pittsburgh triumph.